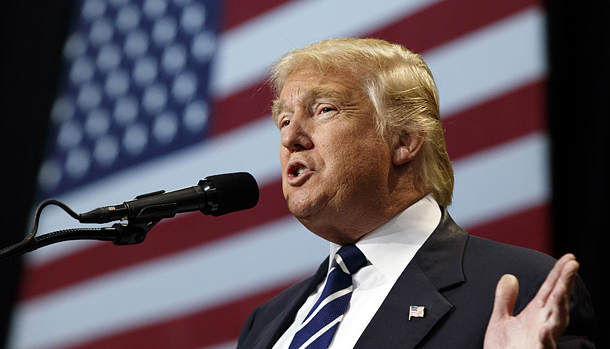 U.S. trade policy under President-elect Donald J. Trump is expected to depart significantly from traditional approaches adopted by his Republican predecessors. Trump structured his campaign around a populist message that reflects deep skepticism toward trade liberalization. And, he won on the strength of that message and its resonance in key Midwestern states where trade liberalization remains unpopular. Since the November election, Trump’s statements and actions indicate that he fully intends to implement his campaign promises, and Korea should be prepared for this reality.

As a candidate, Mr. Trump criticized a range of pending and existing free trade agreements. For example, he alleged that the Korea-U.S. Free Trade Agreement (KORUS) has been a “disaster” responsible for “destroy[ing] 100,000 jobs,” criticized the Trans-Pacific Partnership (TPP) trade agreement for not adequately protecting the interests of American workers, and promised to renegotiate existing trade agreements and unilaterally withdraw the United States from those agreements if efforts to renegotiate are unsuccessful. In addition to his criticism of free trade agreements, Trump was equally vociferous in his pledge to strictly enforce U.S. trade laws against the unfair trade practices of U.S. trading partners, with a particular focus on China.

Trump’s positions on trade during the campaign were based on what his advisers called the “Trump Trade Doctrine,” which holds that the U.S. would not enter into a trade deal “unless it increases [the U.S.] GDP growth rate, decreases [the U.S.] trade deficit, and strengthens [the U.S.] manufacturing base.” With respect to enforcement, the doctrine suggests that “[a]ny country that continues to use unfair trade practices to steal American jobs and intellectual property will face stiff, defensive tariffs.”

It now appears that this campaign rhetoric was not mere election-year saber rattling just to win votes. To the contrary, Trump seems bent on taking steps to fulfill his campaign promises. Since his election victory, he has renewed criticism of free trade agreements, claiming that he will renegotiate the North American Free Trade Agreement and will not adopt the TPP as currently structured. He also has continued to champion trade enforcement and measures to increase tariffs, emphasizing that he will deal harshly with any country engaged in trade practices that harm the U.S. In fact, he already has declared China to be a currency manipulator that is intentionally devaluing the yuan and in turn exacerbating trade imbalances. Trump has indicated that he will begin to address all of these issues as soon as he gets into office.

To carry out this effort, he has said that he will create a new organization within the White House, the National Trade Council, that will be tasked with ensuring that manufacturing jobs stay in the U.S. through a new “Buy America, Hire America” program. He has appointed Peter Navarro, an economist and professor at the University of California at Irvine, to head the group. Navarro was one of the principal authors of the Trump Trade Doctrine and is a staunch critic of China and existing U.S. trade policies. Navarro’s appointment has already drawn considerable ire from China.

Similarly, Trump’s other appointments to date reflect the general tenor of his campaign rhetoric. His nomination of Wilbur Ross to serve as Secretary of Commerce is a good example. Ross is a private-equity investor who strongly believes that existing trade agreements provide the U.S. with insufficient tools to address trade imbalances and outcomes that do not advantage U.S. industries. He has thus not only attacked existing trade agreements, including KORUS, as unsuccessful, but advised Trump not to enter into trade agreements unless they include a “five-year lookback” provision to automatically review and address potential trade imbalances. Similarly, Steve Bannon, whom Trump tapped to serve as Senior White House Adviser and who is considered one of his closest confidants, is a self-described populist and investor who has also regularly criticized free trade supporters in the U.S. as “globalists.”

To be sure, these developments portend a shift away from trade liberalization and toward aggressive trade enforcement under the Trump Administration and will present challenges for Korean companies that export products to the U.S. market. These companies should, therefore, consider taking steps to address this potentially hostile trade environment. For example, Korean companies could consider strengthening their economic ties with the United States through investments. Investments in the U.S., particularly those that generate U.S. jobs, will help engender political goodwill not only with local and state officials, but also with the Trump administration. Beyond new investments, they could consider taking full advantage of existing facilities, customers, and other business connections in the United States to develop and nurture relationships with U.S. congressional leaders and regulators. Finally, they should endeavor to tell their story, on their terms, in the United States to reinforce the message that Korean companies are important economic and strategic partners.

These proactive engagement activities with U.S. policyholders, if implemented, will help establish a foundation for Korean companies to have a stronger voice in U.S. government policymaking. Only then can Korean companies begin to counter the negative effects of Trump’s trade policies.


*The author is a senior partner at the law firm of Arnold & Porter in Washington, D.C.