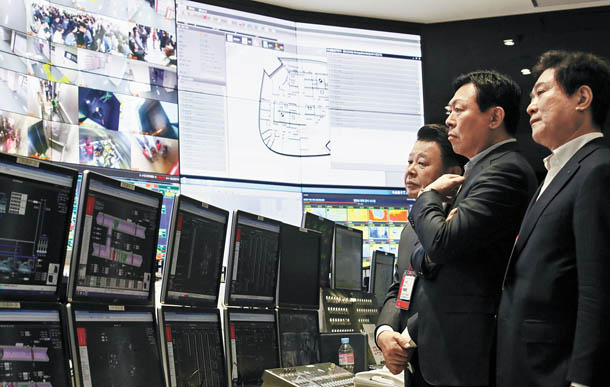 Shin Dong-bin, Lotte Group Chairman, second from right, monitors an emergency drill at Lotte World Tower in Jamsil, southeastern Seoul, on Wednesday. Shin was said to have participated in the 60-minute test, jointly performed with the local fire department. It was part of last-minute inspections of the safety features of the skyscraper before it officially opens in April. It is currently waiting for final approval by the Seoul government. [YONHAP]