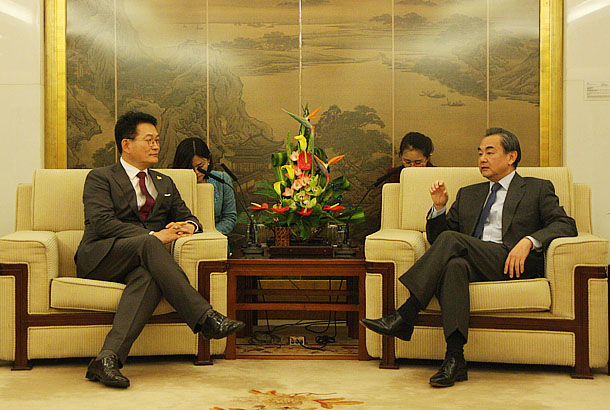 The U.S. 1st Marine Division and the Chinese People’s Volunteer Army’s 9th Army had a fierce battle at the end of November in 1950 at Changjin Lake in South Hamgyong Province, North Korea. The weather was brutally cold. The U.S. troops saw 7,300 casualties, including 600 killed during the two-week battle against the 120,000 Chinese forces from seven divisions. Among the wounded, 3,700 were frostbite casualties.

“The emergency food of three boiled potato were frozen like rocks, so we could not eat,” a solider recalled about the battle in the Army Military History Institute’s report on the Korean War. “I had to break the hand of a killed comrade in order to retrieve the gun from him.”

The surviving American soldiers were later nicknamed the Chosin Few, named after the Japanese name of Changjin Lake, Chosin.

The Hungnam evacuation, which took place after the sacrifice, was only the beginning of the January Fourth Retreat. Overwhelmed by the Chinese military’s wintertime operations, the South Korean and UN forces lost Seoul on Jan. 4, 1951. It was a day of bitter grief of losing the opportunity of a liberal, democratic unification of the Korean people. It was also the starting point of the national division that separated families.

On Jan. 4, 2017, after exactly 66 years, Chinese Foreign Minister Wang Yi received a delegation from Korea’s largest opposition party at the foreign ministry headquarters in Beijing. During their meeting, Wang made clear China’s opposition to South Korea’s decision to allow the U.S. deployment of the Terminal High Altitude Area Defense (Thaad) system. It was interference in another country’s affairs, although the deployment decision was to counter the North’s nuclear and missile threats.

Assistant Minister of Foreign Affairs Kong Xuanyou went even further. When the Korean lawmakers asked him to withdraw Beijing’s order to block the trade of Korean products, he said the sanctions were imposed by the Chinese people.

Rep. Song Young-gil, who sat down with Minister Wang, may appear to be confident, but the briefing afterwards indicated the mood of the meeting, in which the lawmakers were just scolded by the Chinese officials.

Thaad is a crucial issue that will decide the South’s survival of the North’s nuclear and missile threats. The decision was already made and Seoul is in the process of implementing it.

Furthermore, China already started operating advanced radar with the rage of 5,500 kilometers (3,418 miles), enough to cover the entire Korean Peninsula and even Alaska. In the city of Tonghua in Jilin Province, behind Mount Paektu, China already deployed Dongfeng-15s capable of striking the South’s major military installations and DongFeng-21 missiles targeting the U.S. battle ships in nearby waters.

China’s attitude is no different from that of a gangster. It wants to spy on our front yard, but it doesn’t want to allow the smallest glimpse to us. And yet, the lawmakers failed to respond properly to China’s face-to-face pressure.

In fact, they are acting absurdly to emphasize that Wang was the highest Chinese official that a delegation of Korean lawmakers ever met.

It is no surprise that they face criticisms for having paid tribute to China on the anniversary of the January Fourth Retreat.

Korea is currently facing the most dangerous security crisis. The president, the commander in chief of the military, is currently suspended, while the Park Geun-hye administration without Park is running the state affairs.

The U.S. policy on North Korea will likely have some vacuum as the new administration of Donald Trump is settling in the United States.

China and Russia are competing to win the initiative, adding tension to the situation. North Korean leader Kim Jong-un, perhaps using this crisis, declared in his New Year’s address that the country is at the final state of test-firing an inter-continental ballistic missile.

The people are already hoping for a new spring, turning their eyes away from Choi Soon-sil’s prison cell and Park Geun-hye’s Blue House. They are paying attention to the 2017 blueprint of Korea, created by the candlelight vigils, and the policy direction of the incoming leadership.

National security and North Korea issues are the core of the policies. The people are asking a question. “To whom, do you ask a question about Korea’s security?”


*The author is head of the Unification Research Institute at JoongAng Ilbo and a unification specialist for the paper.