Cha Tae-hyun is ready to be a serious actor

Cha Tae-hyun is ready to be a serious actor 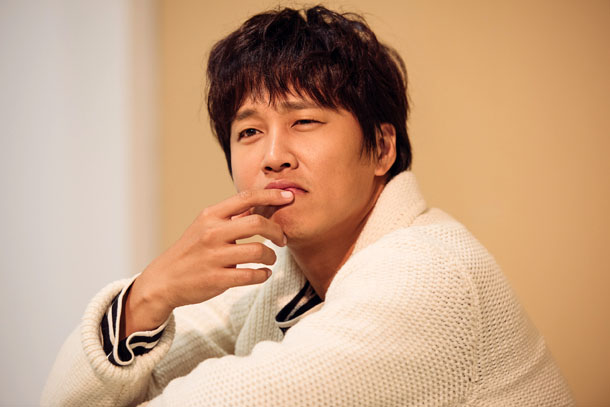 Actor Cha Tae-hyun stars in comedy film “Because I Love You,” directed by Ju Ji-hong. [STUDIO 706]

Actor Cha Tae-hyun has become such a likable household name he was even voted in a recent survey as an ideal family man, right behind singer Eric Nam. The actor laughed off the results of the survey, saying “Eric can have that title. They probably only voted for me because they need a babysitter.”

In the first week of the New Year, Cha visits audiences on the big screen in a new film that fits well on the actor’s resume. His latest comedy movie “Because I Love You,” directed by Ju Ji-hong, sees the actor give an almost routine, yet certainly welcome comedic performance. The character on screen will be quite familiar to his fans.

The actor has also been a fixed cast member on KBS2’s top-rated variety show “Two Days and One Night” for five years, going on weekly adventures with his cast mates — and there are no signs of him quitting anytime soon.

Though he may say that he only “missed the timing to quit,” it seems his loyal viewers at home are not ready to part with the beloved actor just yet. 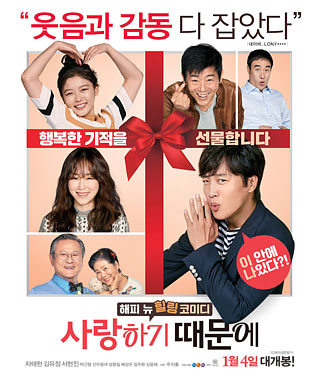 Cha stars in a star-studded cast alongside actors Kim You-jung and Sung Dong-il.


Q.How do you feel about the release date of “Because I Love You” being delayed from December to January?

A. I’m not sure if it’s good or bad since last week was “Star Wars,” and this week Jennifer Lawrence’s film “Passengers,” [opened] on the same day (Jan. 4) as us. Also, I understand there were some issues with production, but it felt like I was doing so many [promotional events.] It [was] my first time attending a press conference two months before the opening.


Your latest film feels very similar to your previous roles.

I contemplated whether to take the role since the plot was similar to my past film “Hello Ghost” (2010). I was excited when I heard the film would use music from the late [musician] Yoo Jae-ha, although we ended up only using one song. Also, since the producer of the film was my brother, I couldn’t exit during filming even if I wanted to (laughs). It’s too bad we couldn’t have used at least three songs.


According to the plot, your fellow actors needed to act as you.

Most of my co-stars, including Sung Dong-il and Bae Seong-woo have seniority over me so I didn’t comment on their acting, nor could I demonstrate [the way I act] in front of them. [Actress] Kim Yoon-hye on the other hand is still young, and because she had to act as a male, we worked together to flesh out the character.


Did you focus on anything in particular during the filming process?


The film was produced by your brother, Cha Ji-hyeon.

That wasn’t the reason I chose to star in the film, and my brother isn’t the type to pressure me into doing so either.

At some point, my brother became much more knowledgeable about the industry and is now a respected figure. It was due to his connections that the film was able to cast cameo appearances from many stars.


Are your variety show activities ever a detriment to your career as an actor?

I think about quitting whenever scheduling conflicts occur. It hasn’t been a problem so far, but I also think emotional conflicts may arise if the variety show has a negative influence on a character. If I take a role like a villain that has the complete opposite mood from my variety show image, I’m marching straight towards the “Two Days” producers with script in hand to tell them that I’m quitting. (laughs)


Do you have a new year’s resolution?

It’s embarrassing to say this, but I noticed that every month there are survey results for things such as brand value. I would like to be included on one of those as an actor. Every year, I’m included on a list of variety stars or television hosts, but this year it’s my goal to be included on an actor’s list as well.