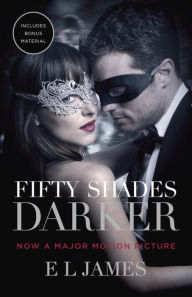 Daunted by the singular tastes and dark secrets of the beautiful, tormented young entrepreneur Christian Grey, Anastasia Steele has broken off their relationship.

But desire for Christian still dominates her every waking thought, and when he proposes a new arrangement, Ana cannot resist.

They rekindle their searing sensual affair, and Ana learns more about the harrowing past of her damaged, driven, and demanding Fifty Shades.

While Christian wrestles with his inner demons, Ana must confront the anger and envy of the women who came before her, and make the most important decision of her life. 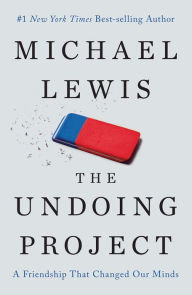 The Undoing Project: A Friendship that Changed the World

From Michael Lewis, the No.1 bestselling author of “The Big Short” and “Flash Boysk,” this is the extraordinary story of the two men whose ideas changed the world.

Daniel Kahneman and Amos Tversky met in war-torn 1960s Israel. Both were gifted young psychology professors: Kahneman a rootless son of holocaust survivors who saw the world as a problem to be solved; Tversky a voluble, instinctual blur of energy. In this breathtaking new book, Michael Lewis tells the extraordinary story of a relationship that became a shared mind: one which created the field of behavioral economics, revolutionising everything from Big Data to medicine, from how we are governed to how we spend, from high finance to football. Kahneman and Tversky, shows Michael Lewis, helped shape the world in which we now live - and may well have changed, for good, humankind’s view of its own mind. 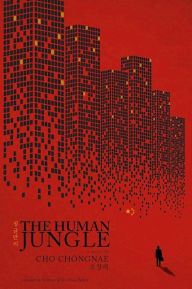 Against a backdrop of rapidly morphing urban landscapes, readers meet migrant workers, Korean manufacturers out to save a few bucks, high-flying venture capitalists, street thugs, and shakedown artists. The picture of China that emerges is at turns unsettling, awe-inspiring, and heart-breaking. Cho deftly portrays a giant awakening to its own raw, volatile, and often uncontrollable power.

Translators Bruce Fulton and Ju-Chan Fulton have condensed three of Cho’s novels, each of which sold more than one million copies in Korea, into this single English-language edition.

Cho Chongnae is one of Korea’s most important living writers.

He is best known for a trio of massive historical novels: the ten-volume T’aebaek Mountains (1989), the twelve-volume Arirang (1995), and the ten-volume Han River (2002). Cho lives in Seoul, South Korea.

Bruce Fulton and Ju-Chan Fulton are the translators of numerous volumes of modern Korean fiction, including the award-winning women’s anthologies Words of Farewell and Wayfarer, and, with Marshall R. Pihl, Land of Exile: Contemporary Korean Fiction. They have received two National Endowment for the Arts Translation Fellowships, including the first ever given for a translation from the Korean language, and the first residency at the Banff International Literary Translation Centre awarded to translators from any Asian language.

Bruce Fulton is the inaugural holder of the Young-Bin Min Chair in Korean Literature and Literary Translation at the University of British Columbia.