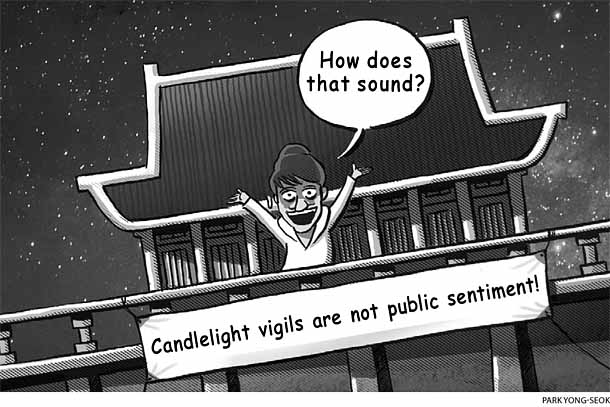 Defense lawyers for President Park Geun-hye argued before the Constitutional Court on Thursday that massive
street protests demanding Park’s dismissal were not fuelled by public sentiment but were initiated by North
Korea sympathizers. Analysts suspect that Park is trying to rally her supporters with ideological appeals.