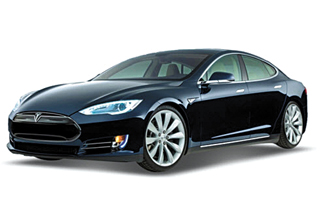 Tesla’s Model S 90D can travel 400 kilometers on a single charge. Showroom openings in Korea have been delayed. [JOONGANG PHOTO]

Tesla Motors is poised to offer test drives for the Korean media and car industry in March, said a person familiar with preparations for the event.

The test drives, most likely to feature premium sedan Model S 90D, will be a round trip between Seoul and a place as far as 200 kilometers (124 miles) outside of the capital. The drives are meant to show off the ability of Tesla vehicles to travel 400 kilometers on a single charge, the source told the Korea JoongAng Daily. One of the candidate cities considered is Chuncheon, Gangwon, given various conditions including distance.

The news comes as the two showrooms Tesla has been preparing to open - one at Hanam Starfield in Gyeonggi and the other in Cheongdam in Gangnam district, southern Seoul - are delayed.

“We are currently in the middle of preparing for the opening [of the showrooms],” said Atsuko Doi, head of communications for Asia-Pacific at Tesla, in an email, adding only that the company will share details later.

The Silicon Valley carmaker was said to be opening the Hanam showroom on Nov. 29, jointly with Shinsegae, a major retailer that runs the Hanam Starfield shopping mall. The mall played a promotional video on a monitor late last month, but the interior remodeling work at the Cheongdam showroom in the Yeongdong Boulevard has been idle for the past month. Its Korean staff has not been fully hired, industry insiders say.

A marketing manager for Tesla’s Korean operation said the carmaker has yet to obtain approval from Korean authorities to launch sales of the electric vehicles. The Tesla S 90D model completed tests less than two weeks after the automaker applied for them in September but Tesla has yet to comply with all the requirements to receive a sales license from the Ministry of Land, Infrastructure and Transport.

In the meantime, in late December Tesla added Seoul, Daejeon, Daegu, Busan and a location near Wonju in Gangwon to its world supercharger station map. Supercharger refers to a charger capable of delivering up to 50 percent battery capacity to Tesla vehicles in about 20 minutes. The date of installation for the charging stations is unknown.

In late November, SoCar, a ride-sharing service provider in Korea similar to American giant Zipcar, brought in a Model S 70D and held a four-hour test drive session for customers picked through a lottery between Dec. 6 and Jan. 3. The company said it would display the vehicle at a parking lot in Seongsu-dong, Seongdong District in northern Seoul for public viewing and use it for car-sharing and autopilot research.

But SoCar hasn’t decided whether it would use Tesla vehicles for its actual service.

Tesla registered for its Korean operation in November and the unit opened a Korean homepage in August to accept pre-orders for three models including sedan Model S, SUV Model X and Model 3, the first mass-market model that has not yet been rolled out. A flurry of electric vehicle fans here - mostly early adopters in their 30s and 40s - rushed to place advance orders for the Model 3, which carries a price tag of $35,000.