Clear the air on Thaad

Clear the air on Thaad 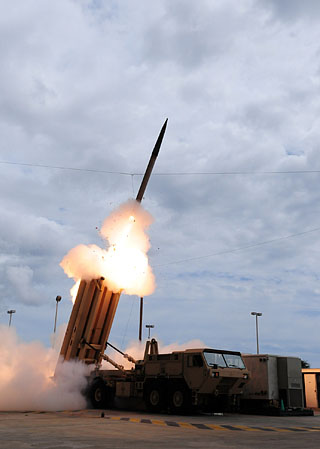 A few days ago, a relative of mine living in the outskirts of Seoul sent me a text message lamenting her husband’s dismissal from work.

“He was fired because Chinese tourists aren’t coming due to Thaad,” she wrote. “When will this end?”

Her husband drives a tour bus. The company had asked him to wait two months for things to pick up again, but she questioned whether the Thaad issue would really be resolved by March. The company has 80 buses, and all of them have been suspended from operation because Chinese tourists aren’t coming in anymore. The charter flights disappeared after the Chinese government imposed retaliatory measures against Korea’s decision to deploy the Thaad missile defense system. Hotels, restaurants and duty-free shops once teeming with tourists are also empty.

My relatives have two sons in their 30s, and they are busy making ends meet. “The Chinese people are petty-minded,” she complained.

“Why are they making our lives difficult when there is no relationship between Thaad and tourists?” Then she asked a truly sensitive question. “Will American forces withdraw from Korea if we don’t allow Thaad?”

Foreign affairs and defense issues have now become matters reshaping people’s lives. It is such a strange country when every citizen has to pay attention to national security issues to make ends meet. It’s because politics have become polarized, and the outside defense shield has been broken during a leadership vacuum.

Donald Trump, Xi Jinping and Shinzo Abe probably enjoy such a delicate and soft Korea. It appears they are having fun poking at Korea here and there.

Xi and his associates refuse to talk to the Korean government, but they invite opposition lawmakers from the Minjoo Party of Korea who are receptive to China’s position and threatening Korea to stop Thaad deployment.

Less than one week later, the Trump camp invited our national security chief to Washington and issued a counterthreat to China. “Thaad, regardless of China’s opposition, will be deployed at all cost,” they said.

The superpowers do not fight each other directly. They just bark loudly while putting Korea between them to measure each other’s will, speed, strength and sensitivity. Throughout Korea’s modern history, each administration has made an attempt to resolve the issues of the time based on the Korea-U.S. alliance. All administrations in Korea have walked a fine line between superpowers. But it was never so exposed to their greed and aggressiveness as it is now.

But in fact, a similar situation took place 120 years ago. At the end of the Joseon Dynasty, China, Russia and Japan made the Korean Peninsula their arena for battles over hegemony in East Asia. When the hegemonic power changed, the ruler of Joseon also changed.

After a military revolt in 1882, a pro-Chinese faction gained power. Then, after the 1895 Sino-Japanese War, a pro-Japanese group gained control a few years later. After a pro-Russian faction prevailed in 1896 for a short period of time, the pro-Japanese group once again took control in 1904 after Japan’s victory in the Russo-Japanese War. Due to repeated changes in government, the country collapsed after 30 years of crisis.

What gain will you see if the country falls even if you change the regime? The lesson from the history of late Joseon is that a regime change is destined to make our country fall.

Right now, Trump and Xi are about to collide on the Korean Peninsula. Even if we ask them to delay their confrontation by saying that Korea will have to hold an early presidential election, our excuse will not be accepted.

Moon Jae-in, the Minjoo Party’s likely candidate for president, is now saying the Thaad deployment decision should be handed over to the next administration. His attitude is an attempt to sit on the fence. But Ban Ki-moon, the former UN secretary general, demands that Thaad be deployed as planned. For him, America is the top priority in national security.

What choice should we make? We must care for the country, not the administration. A politician who cares more about the administration wants to leave the Thaad issue ambiguous because he wants votes from the people who are suffering from China’s economic retaliation.

For the sake of the country, the uncertainty of Thaad must be removed as soon as possible. Moon and Ban must have a face-to-face debate to conclude this issue before the voters. They must not speak ambiguously. They must remove the clouds of uncertainty.