Zo In-sung reflects reality in ‘King’: After nine year break, the actor reflects on what it takes to be the best

Zo In-sung reflects reality in ‘King’: After nine year break, the actor reflects on what it takes to be the best 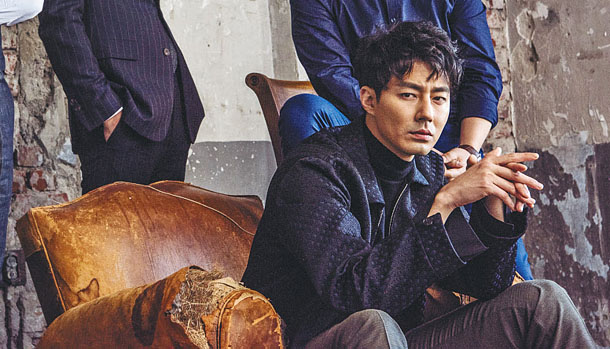 It took nine years for actor Zo In-sung to return to the large screen after he played the role of a gay warrior in the 2008 film “A Frozen Flower.” His fans finally got the chance to be reunited with the star in theaters when the movie “The King” was released on Wednesday.

The movie is about a prosecutor named Park Tae-su who gets to taste the power of authority after being accepted to Seoul National University’s law school and then passing the bar examination. The film is “the best that I can show,” said Zo in a recent interview with the JoongAng Ilbo. In the movie, which takes place over 20 years of Park’s life, illustrates many real-life historical events such as the inauguration of former President Lee Myung-bak and the suicide of another former president, Roh Moo-hyun, who served the country right before Lee.

With ongoing investigations by prosecutors looking in to the many scandals involving Choi Soon-sil and a formerly successful prosecutor stepping into the world of politics dominating the headlines, a movie about a successful prosecutor entering politics seems almost too real. But, the actor never thought that the stories in the movie would become reality while he was filming. The movie is about a group of prosecutors who ask Park to join their group as they team up with a group of gangsters and try to cook up the decisions made for the country.

“When I was filming the movie early last year, I thought this movie was a satirical one,” he said, “but in the meantime, [fiction] has become [similar] to reality.” 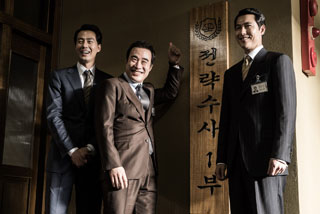 Zo In-sung, left, plays a prosecutor in “The King,” which is in theaters now. [NEW]

The actor shared more about his ideas on the current investigation by prosecutors and how he has been trying to evolve himself so that he can become a better actor.

Q. What were your thoughts when you saw the final version of the film? Would you have done the same thing that your character does?

A. The movie asks you what you would do now for your future. As I watch the political situation in Korea, which was influenced by [those not given power by the people], the question the movie throws at you seems more serious than ever.

What does the movie mostly focus on?

The overall plot follows the choices Park makes based on his ambitions and desires. When you look back at the beginning, things all start from a very ordinary desire that many can sympathize with, rather than the ambition of “I want to become the king of the world.” Don’t we all have desires to put ourselves into better situations and to better care for our families? I think this point hits home for many of us now.

Do you think your acting this time seems much more effortless and natural?

I have often heard that my acting was a bit much. So this time, I wanted to look like I wasn’t acting. I tried hard to throw away [what was unnecessary]. I wanted to show the audience the very core of my acting so that I could show some new and fun elements to the audience.

What was the first dream you had that pushed you to where you are now?

Frankly speaking, I started acting because I wanted to become a celebrity. I liked how people passing by recognize me, and I wanted to get fame. But as I observed throughout my career, I started to realize that I need to become an actor, not a star, to continue to survive in the entertainment industry. I realized that when I was playing a rich kid who felt lost on the TV drama “What Happened in Bali” (2004).

Do you think you know what acting is now?

It’s like getting out of the frying pan into the fire. As I feel I just came over one hurdle, there are bunch other actors who are so talented who come onto the scene. I try to get myself together as I see them working.

What kind of actor do you want to be?

That is up to the public to decide. If I start to question why people out there don’t get to see all the efforts I put in to achieve the dream I had, I won’t be able to sleep at night (laughs). I just live thinking I live today the same as yesterday and try to hold me tight so that I won’t get distracted. Acting takes up a very big part of my life, but that doesn’t mean that I’m no one without an acting career.