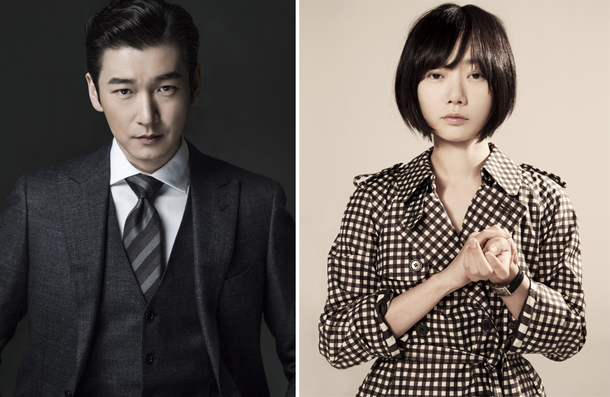 The newest cable TV crime thriller will be about the partnership between an emotionless prosecutor and a righteous cop who uncovers secrets in an effort to catch the true criminal.

Jo was cast in the role of Hwang Si-mok, a cold-hearted but lonely prosecutor who lost his ability to feel emotions due to a brain surgery at a young age. He will be working alongside the character of Han Yeo-jin, played by Bae, who is a warm-hearted and happy-go-lucky individual, accepted even among her superiors due to her admirable work ethic.

The casting announcement means that the two actors will be making a long-awaited comeback to the small screen. Jo’s last appearance in a TV drama was in SBS’ “God’s Gift: 14 Days” in 2014. After starring in the highly acclaimed films “Assassination” and “Inside Men” in 2015, he has recently been focusing on musicals, starring in the award-winning production of “Sweeney Todd” as the titular character, earning a nomination as Best Actor at the recent Korea Musical Awards.

Bae is making a comeback to television after seven years, her last role being in the 2010 MBC drama “Gloria.” She has in recent years been featuring on a number of productions by Hollywood directors The Wachowskis, starring in their films “Cloud Atlas,” “Jupiter Ascending,” and the Netflix series “Sense8.”