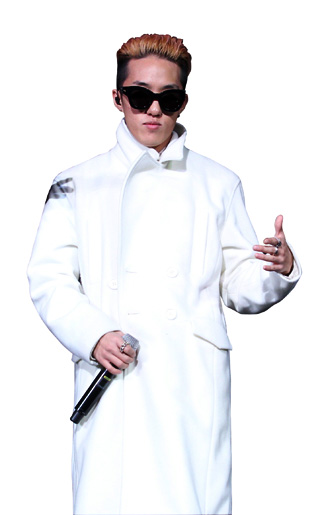 Hip-hop vocalist Zion.T is returning with a new record next month.

According to a post by the singer’s agency YG Entertainment on Tuesday, the upcoming album “OO” will be dropped on Feb. 1. No other details about the record were revealed so far.

The singer is making his first music release since signing under YG Entertainment’s subsidiary label The Black Label last year, which is headed by YG producers Kush and Teddy.

The singer is widely recognized for his ability to place highly on music charts, often being referred to as the “music gangster” because of this. Although the singer has only released one studio record so far, he has already amassed a repertoire of hit songs including “Just,” “Yanghwa BRDG,” “No Make Up” and “Knock.”

The singer originally debuted in 2011, collaborating with big names in hip-hop including Dok2, Simon D, and Gray. He took home the award for Best Male Vocal Performance at the Mnet Asian Music Awards in 2015.