Discrepancy of reality and hopes

Discrepancy of reality and hopes 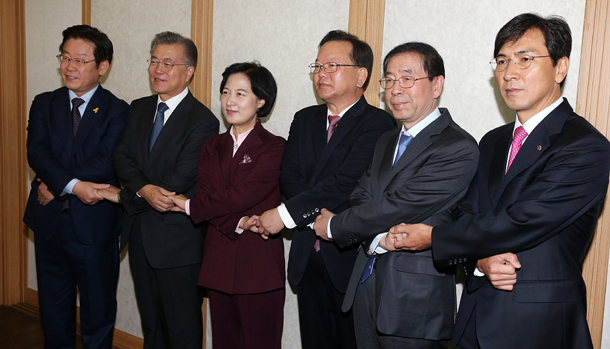 Forty-fourth U.S. President Barack Obama has become a private citizen, and the media has reviewed his presidency. The New York Times created a digital project titled “You Draw It”, which let readers draw charts on various topics over the eight years of the Obama administration and showed the actual stats to compare. For example, readers can guess whether the number of Mexicans living in the United States illegally has increased or not. Since Donald Trump emphasizes illegal immigration so much, I thought it would have drastically increased. But the number of illegal Mexican residents actually decreased.

We could always have biases and make wrong guesses. But the problem is distorting or denying the reality with vain hopes. A few days ago, New Safety Control Act on Electric Products and Consumer Products topped the most searched rankings online. The safety certification that had only been applied to electric and baby products is to be expanded to apparel and consumer products. But those opposing the law claim that it would hurt small businesses. They also say that consumers would also have to pay higher price as the cost to get the certification will be reflected in the price. It sounds reasonable from the business’s point of view. But the government and the National Assembly shouldn’t buy the argument.

The government postponed the enforcement of the law by a year. The National Assembly is to review the issue again. Faults include a slack review process and insufficient publicity. Yet there is an unchanging reality. There will be no guarantee for safety without investing time and price. We have seen failures in the Sewol ferry tragedy and the humidifier sterilizer case.

The government can relieve the cost of certification from small businesses. But it is not free. Someone has to pay. It is paid with taxpayers’ money instead of being included into the product price.

But certification is more like a health checkup. No matter how small a manufacturer may be, when it produces a cotton swab, it has to meet the basic toxic level. But the government and the National Assembly don’t say so. Instead, they pretend that there can be a solution to satisfy all parties if they take time to review the bill again. But, what doesn’t work now won’t work later.

Let’s go back to the United States. In December 2001, a terrorist who had hidden explosive device in his shoes was captured in a Miami-bound flight. That’s when the routine security check of shoes in airports began. Tremendous costs and time have been invested into this additional procedure. But at the time, the only way to look at the inside of the heels was to put shoes into a scanner. Instead of giving false hope, the U.S. Security authorities decided to admit the reality.

The season of discrepancy of reality and hopes is approaching in Korea. Election season has returned. This time, I want to pay attention to the candidates who say things that cannot be done — instead of those who say what they can do. I cannot say that such a candidate would do a better job. But the possibility of being stabbed in the back will be smaller if I do so.