‘When the truth is buried, it blows up everything.’

‘When the truth is buried, it blows up everything.’ 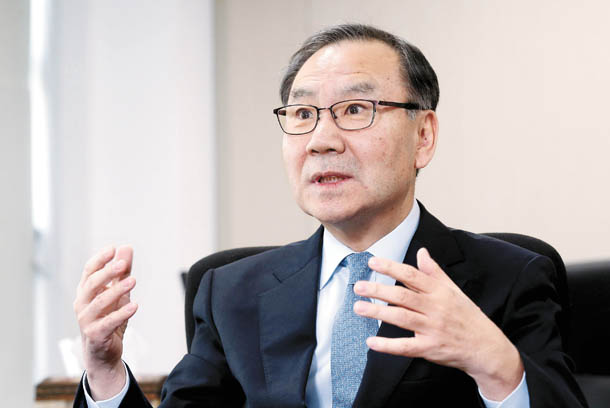 In June 1987, the people of Korea succeeded in ending the 26 years of military rule that started with Park Chung Hee, the late father of President Park Geun-hye, and continued with Chun Doo Hwan. Since the seventh amendment of the Constitution, also dubbed the Yushin Constitution, enacted by Park from 1972 to 1987, the Korean people could not directly elect their president.

People elected some 2,000 to 5,000 representatives across the nation to form an electoral college who would then elect the president. The indirect presidential election was completely controlled by then-president Park and the power of the state was left in the hands of those who held the gun. The electoral college served as a rubber stamp.

It was the ‘87 system that put an end to such fake democracy. The incident that lit the fuse of the 1987 June Democratic Movement occurred on Jan. 14 of that year. A student activist named Park Jong-chul, a student council leader at Seoul National University, was tortured to death because of his numerous involvements in demonstrations and because he hid a wanted student democratic movement leader, Park Jong-woon.

Police denied responsibility for his death, arguing that Park died of shock during questioning when an investigator smacked the desk. An autopsy proved he had been beaten, electrically tortured and suffocated. The news of the tragic death set fire people’s fury on fire, which led to the massive demonstrations in June. This year marks the 30th anniversary of the tragic death.

Shin Sung-ho, then a journalist at the JoongAng Ilbo, reported the news a day after Park’s death on Jan. 15, 1987. After working as an editorial writer at the JoongAng Ilbo, he is currently teaching at the department of journalism and mass communication at Sungkyunkwan University in Seoul. Shin recently published a book on Jan. 10, the title of which can be translated as “Scoop 1987.” In the book, Shin revealed for the first time what had happened behind the scenes in reporting the Park Jong-chul incident.

“I had to hold the teacup with both my hands because they were shaking so much from the excitement and terror,” said Shin as he recollected his meeting with Lee Hong-kyu, a senior prosecutor at the prosecution office in 1987. Lee was the deep throat for Park’s death, providing Shin with the necessary information to break the news. Shin had not revealed information about his source up until 2012, so as to protect him from possible retaliation.

Shin had been wandering the halls of the public prosecutor’s office in central Seoul from early morning to find any good news over the night. Just before 10 a.m., Shin dropped by Lee’s office, who had been looking at a file with the most serious expression on his face.

“The police messed up,” said Lee.

“I knew that he wouldn’t tell me anything if I had asked what happened. So I pretended I knew about it to let him ease down, and told him I agreed,” said Shin.

Then Lee threw some more hints.

“That’s what I heard from the police this morning,” said Shin.

“What did the investigation do to kill someone? And at Namyeong-dong [central Seoul], too,” said Lee. The police anti-communist branch office was built in Namyeong-dong in 1976. The 7-story building was used to investigate cases that involved so-called communist schemes such as espionage and demonstrations; questioning of the suspects usually meant torture. After the Park incident, it was changed to a security office until 2005 when the police reformed it into a human rights center to liquidate its past.

Shin’s heart started racing at hearing Lee’s words. He couldn’t get more information from Lee, and so he left the room for further investigation.
The following is an excerpt from the interview with Shin by the JoongAng Ilbo, which took place on Jan. 18.


Q. Is it true that in a later interview, Lee said he leaked the information on purpose?

A. When I met with him later, he told me that he was angry, that it was wrong. He was angry as a parent himself, that the police had killed someone during an investigation and tried to cover it up. He was angry, and that’s when I came to his office.


Did you meet with Lee afterwards?

We did. But we never mentioned the matter afterwards. He wasn’t a prosecutor, but an ordinary civil servant. If I had revealed him as the source, then [the police] would have fired him and arrested him. It was an authoritarian government back then, and we never shared a word on the matter to protect my source.


When did you decide to open up to the public?

When I was writing my dissertation at Korea University in 2012, it had been 25 years since the incident, and I thought I needed his approval before his death because his health had been in really bad shape back then. Also in 2005, Mark Felt, a former top FBI official, had come clean as being Deep Throat at the Watergate scandal.


Did Lee agree to it?

At first, he insisted that I don’t [reveal him]. Then when I told him it was for a dissertation, not the newspaper, he said yes.


How did you find out it was Park Jong-chul?

I asked around the prosecution office and prosecutor Kim Jae-gi told me that it was Park Jong-something. Then I asked Kim Doo-woo, a journalist who had been covering the Seoul National University beat, who looked his name up in the department registration and confirmed the name. I stopped the printer and put in the name. I got a call from a journalist in Busan that Park’s sister had called and told him Park’s parents found out about his death through the article.


When did police give confirmation?

The police gave a statement around 6 p.m. on Jan. 15. Kang Min-chang, head of the national office, said, “Park Jong-chul asked for water because he had drunk a lot the previous night and when we smacked the desk, he suddenly died.” Later, the phrase “smacked the desk, sudden death” became a mockery for the whole nation.


Were you threatened back then?

No. Although the military regime did call my boss to wait by a café next to Gyeongbok Palace [Jongno District, central Seoul], but they let him go after they kept him waiting for quite a while. I think they changed their strategy in between. At first, they called my boss to “take responsibility for the false news,” saying, “It was just an unnatural death. Take the article out.” The minister of culture also called the editor and they swore at each other.


Could you say that the freedom of speech was compromised?

Back then, each government institute had its own press management team, which gave us directions on how and how much to write on an article.


What did the government do to cover it up?

When the article was released, the police tried to compensate Park’s father with some 95 million won ($81,300) and put an end to it. Had the news come out just a day later, they would have cremated him, leaving the case unsolved forever. They had to agree to an autopsy because of the press release.


You quote Émile Zola in your book, who wrote, “When the truth is buried underground, it grows, it chokes, it gathers such an explosive force that on the day it bursts out, it blows up everything with it.” Did the Park Jong-chul case explode because the authorities tried to bury it?

It wouldn’t have gotten so big if they had just come clean from the beginning. But because they tried to cover and minimize the extent of the case, the people’s fury grew. We got so many phone calls at the social department in the newsroom. Especially from mothers, who would sometimes just hang up after crying. The authorities had mistakenly thought that they had complete control over the press.


Do you have any advice to your junior journalists?

That said, journalists these days don’t run around the scene as much as they need to. There’s a difference between looking it up on the internet and finding out with your own eyes.