True to form, Zion.T succeeds : The newest album from the R&B star tops music charts upon its release

True to form, Zion.T succeeds : The newest album from the R&B star tops music charts upon its release 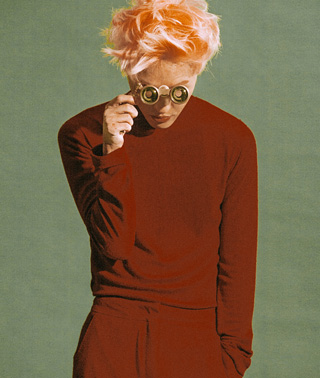 Sitting at a round table at The Black Label’s office located in Mapo District, Seoul, on Feb. 1, R&B musician Kim Hae-sol, stage name Zion.T, was in awe of his new album’s position on the charts.

“The reception has been fantastic,” he said, “It’s been a while since I’ve released an album and I’m so happy that people are feeling my music. I’m extremely pleased.”

The newly released “OO” is Zion.T’s follow up to his critically acclaimed first album, “Red Light” (2013) which won the Best R&B and Soul album during the 11th Korean Music Awards in 2014.

Zion.T, is one of a rare breed of artists that has maintained support from the indie scene while making it big on the mainstream charts. While many of his contemporaries have failed to do so, Zion. T’s transition from an indie artist to becoming a household name has been nothing short of successful.

Marking his debut in 2011 with his single “Click Me,” featuring Dok2, Zion. T rose to fame when he was featured on two songs off of producer Primary’s album, “Primary and the Messengers LP,” in 2012. He hasn’t looked back since, churning out hit after hit with former labelmate Crush, including “Two Melodies,” and his most successful single to date, “Yanghwa Brdg.”

The prominent singer’s takeover didn’t stop there, with singles “Zero Gravity,” “Eat” and “No Make Up” all cracking domestic top ten charts. Appearances on shows such as “Infinity Challenge” and “Show Me the Money: Season 5” have added to his successful career, which has rightfully earned him the nickname of “chart killer.”

“OO” has continued that trend as well, topping charts in eight major domestic music sites and earning recognition form Billboard and iTunes charts as well, with lead singles “Song” and “Complex,” assisted by G-Dragon, landing first and second on the charts. The remainder of the songs off the album all charted on top ten lists as well.

“If you can’t avoid it, enjoy it,” has been the motto for the singer, who said that “there always will be strong competition on the charts.” Continuing humbly, “I don’t really put much emphasis on the charts. I focus more on the type of music I want to bring to my fans.”

Fans were disheartened after the news of Zion.T joining mega-label YG surfaced last year following the expiration of his contract with Amoeba Culture. Zion.T joined YG’s new sub-label The Black Label, led by its main producer Teddy. Members of the singer’s official fan club on portal site Naver, gave generally negative responses to the news. Suspicions of becoming a commercial sell-out were in the air, but Zion. T has worked to ensure that the quality of his art has not suffered.

“I understand the worried fans,” Zion.T said, “but moving to YG’s The Black Label was to gain more experience, and learn more.” When questioned if anything changed during the transition, Zion.T said “the only difference is the address actually.” Chuckling, he continued, “the team that I have worked with moved to The Black Label before me, so that hasn’t changed, and I would like to reassure the fans that the music of Zion.T will never be compromised.”

The song “Complex,” featuring G-Dragon, was embroiled in controversy after the release of the album, as some listeners were offended by Zion.T’s remarks about wanting to become an idol. The lyrics in question were “I wish I were an idol singer, a good dancer and a handsome man, who only needs to write love songs, and if I can’t sing, I can just strip.”

With the negative reception, Zion.T had this to say. “It’s really disappointing when some people take lyrics out of context.” He continued, “I regard idol groups as artists that are only taking a different path. I would never disrespect a hard-working group of people like that.”

Zion.T’s favorite song from the album is “The Bad Guys,” where he sings of people’s insatiable desires of monetary success. “I wrote this song while looking at people in my social media feed,” he continued, “There were a lot of people craving attention. I felt pity towards people in infinite need to fill themselves up with attention, money, and everything else.”

“Wishes” is a standout in this emotional album, and talks of the expectations people have on others, and the burdens that come with them. “It’s a song that I believe a lot of people can relate to,” the singer said.

Coming hot off the heels of the “Mirrorball” EP released in 2013, Zion.T was struck when he read a comment on one of his songs. “Zion.T only looks to impress people with his skills, instead of sympathizing with the audience,” the comment read. “This really changed the way I made songs.” He said, “Looking back at my music at the time, I think I really looked to impress rather than share a story that everyone could relate to. I now understand that music is a mutual process, and attempt to find an intersection between my fans and myself.”

Known for his very personal lyrics, this album is no different as “the lyrics come from the deepest points” of his mind. “There are lyrics where I feel the need to share with the world.” He continued, “I take a lot of memos, and later these fragments become whole, and become the songs that you hear.”

The two featured artists on the album, Beenzino and G-Dragon, are two of the biggest names in the Korean music industry. “They are my favorite artists,” remarked Zion.T. “I have much respect for them, and was very thankful when they accepted my request.”