Pokemon Go catches on in Korea

Pokemon Go catches on in Korea 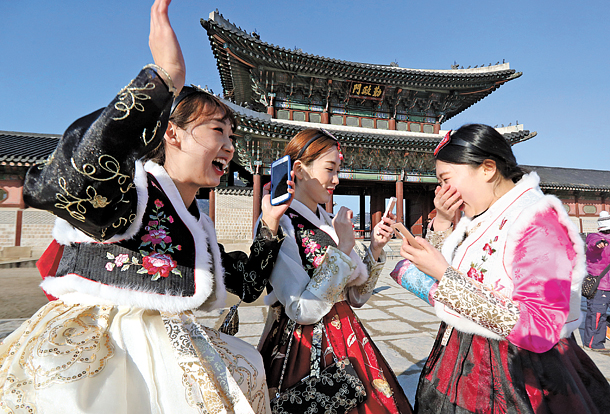 Young people snag Pokemon on Monday in Gyeongbok Palace, central Seoul, a location known to spawn numerous Pokemon. The location-based mobile game Pokemon Go was officially launched in Korea on Jan. 24, and has since gained popularity among Korean users who had not been able to play the game in Korea beforehand. [YONHAP]