‘Confidential Assignment’ is a box-office champion

‘Confidential Assignment’ is a box-office champion 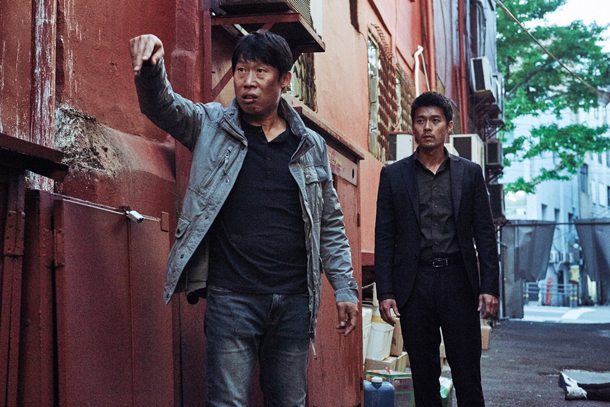 “Confidential Assignment” dominated the box office from Friday to Sunday and accounted for 45.6 percent of all weekend ticket sales. [CJ ENTERTAINMENT]

“Confidential Assignment” continued to rule the box office over the weekend. The crime thriller, starring Hyun Bin and Yoo Hai-jin, sold 1.04 million tickets from Friday to Monday, accounting for 45.6 percent of all weekend ticket sales. The film has sold over 6.2 million tickets and raked in 51.45 billion won ($46 million). After topping the six million ticket mark in the 19 days since it hit theaters on Jan. 18, it has become the best-selling movie ever to be released in the month of January.

To thank audiences for their support, the film’s principles, including Hyun Bin dropped by a theater last week to give an entire audience free cups of coffee, a promise the actor made when the flick hit the five million mark.

Following that event, director Kim Seong-hun expressed his surprise on social media. “I never imagined that such a promise would be realized,” he wrote.

All eyes are on whether Kim’s second feature film after “My Little Hero” (2013) will top the seven million ticket mark.

At distant second was “The King,” which sold 409,000 tickets over the weekend. Though it started off even stronger than “Confidential Assignment,” their performances widely diverged on the second weekend. The crime drama had 4.99 million ticket sales, and is soon likely to pass the 5 million mark.

Disney’s “Moana” followed. Though the film is being acclaimed for featuring a princess as a non-white, independent and brave female, its performance in Korea has not been as successful as Disney’s previous hits like “Zootopia” (2016), “Inside Out” (2015) and “Frozen” (2014). “Moana” sold total 2.14 million tickets through its fourth weekend.