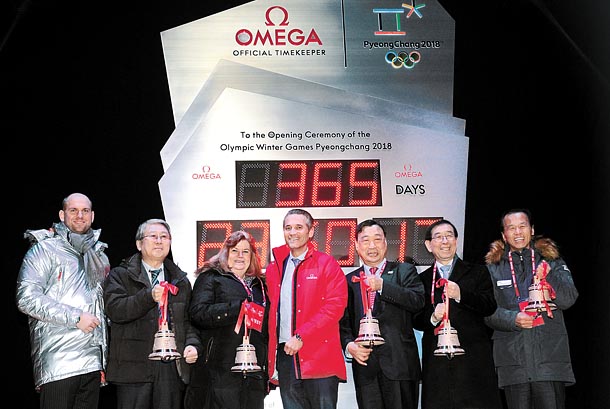 A countdown clock for the first Winter Olympics to take place in Korea was unveiled on Wednesday night.

The countdown to the 2018 PyeongChang Winter Games reached one year on Thursday. To celebrate the occasion, Omega, the official Olympic timekeeper, set up the digital clock at Seoul Plaza in front of the city hall. It displays the number of days, hours, minutes and seconds left to the quadrennial competition.

The clock is 4.3 meters (14 feet) tall and 4 meters wide, with the official Olympic logo emblazoned at the top. Omega will also set up a separate countdown clock for the Winter Paralympics, and the clocks will stay in the nation’s capital until March 20, 2018.