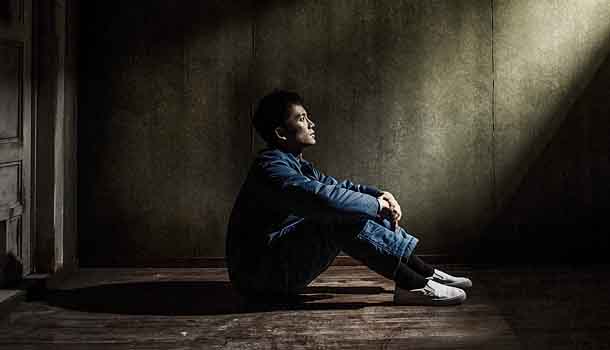 Conflict between graduates of law schools and those of the national bar exam is heating up due to a particular episode of a recent television drama.

The show in question happens to be “Defendant,” the new SBS legal thriller. The 16-part mini-series is about a reputable prosecutor named Park Jeong-u, played by actor Ji Sung, who finds himself on death row for the alleged murder of his family and must now recover his lost memories in order to uncover the truth.

The controversy in question is centered on a particular supporting character named Yeo Min-gyeong, played by actress Han Ji-woo, who according to her profile description on the official homepage, is described as a lawyer who was able to get into law school thanks to the influence of her father and hired into her law firm thanks to her uncle. Basically, her success is credited only to her connections.

The Korean Lawyer’s Association on Jan. 26 sent an official notice to SBS asking for the revision of the character’s description.

The association stated, “Because the unfair admission into law school or the unjust hiring into the law firm is being portrayed as ordinary, the reputation of current law school students and graduates are being defamed.”

However, lawyers that have passed the bar exam have protested these claims. 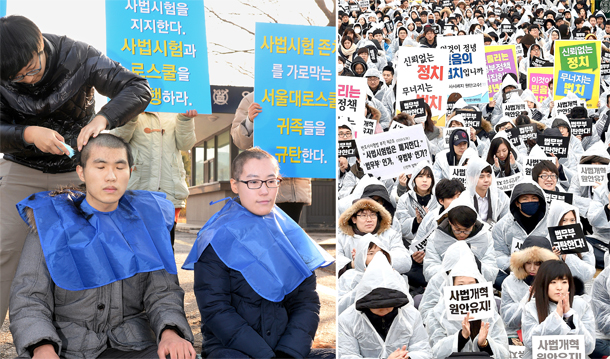 Left: Supporters of the bar exam shave their heads in protest of its abolishment. Right: Law school students hold a demonstration after the phasing out of the bar exam is delayed. [JOONGANG ILBO]

Similarly, last year’s tvN drama “The Good Wife” heard similar cries of disapproval from the law school community due to a certain character who was a graduate from law school and just happened to have influential parents.

A rep from SBS said, “We don’t see this as a big problem since the character is based on a dramatic representation.”

The age-old judicial bar examination system has been the traditional method of being able to enter the legal field since its introduction in 1963.

However, the implementation of a Western-style law school system in 2009 is supposed to be the new standard, and the rigorous bar exams were planned to be phased out.

However, protests from those in support of the exams began to spread, as the high tuition fees of law school and lack of transparency in the admission process led those opposed to accuse the law school system of only benefitting the rich, with further accusations that law firms were hand-picking candidates from elite backgrounds.

The tuition for Yonsei University’s law school, which is among the highest of the 25 universities that adopted the program, is 9.7 million ($8,430) won per semester for this year.

Similarly, law school students have expressed frustration at the slow-pace of reforms and the delaying of the abolishment of the bar exams. With social stigma further stacking up against law school, enrolled students have been demanding that the government “keep their word” on its policies.

With a number of protests and strikes coming from both sides and the bar exam becoming effectively obsolete this year, the issue will be one for debate in the upcoming presidential election.

On Feb. 6, presidential frontrunner Moon Jae-in of the Democratic Party said, “As a person who participated in the government that created the law school, it would be difficult to overturn state policies and go back to the bar exam system.”

Meanwhile, Seongnam Mayer Lee Jae-myung and competitor of Moon in the upcoming DP primaries advocated on Jan. 31 during a presentation that “the bar exams must continue to exist.”

The drama itself, while bringing attention to a possible political issue, has been enjoying high viewership ratings. The episode aired on Feb. 7 was the highest in its timeslot, recording 18.6 percent in ratings, according to Nielsen.