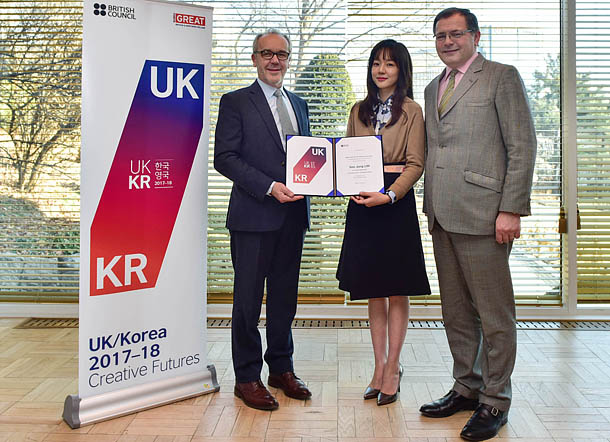 Actress Lim Soo-jung was appointed as the cultural ambassador for the UK-Korea Creative Futures mutual exchange.

The actress was joined by Martin Fryer, the director general for British Culture in Korea as well as U.K. ambassador Charles Hay at the British Embassy in Jung District, central Seoul for her inaugural ceremony on Tuesday.

Reportedly, the actress is the first cultural ambassador appointed by the British Council since the beginning of the culture and arts exchange between the countries started in 1973.

The British ambassador posted a message on Twitter celebrating the occasion, saying, “Delighted that celebrated actress Lim Soo Jung has agreed to be Cultural Ambassador for U.K.-Korea Creative Futures Year.”