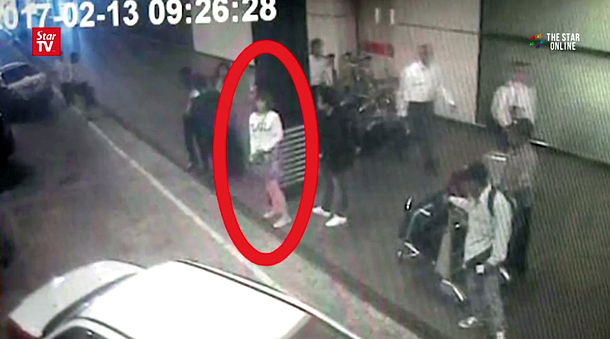 Malaysian police on Wednesday released CCTV footage of a woman who is suspected to be one of at least two agents who assassinated Kim Jong-nam, half brother of North Korean leader Kim Jong-un. [YONHAP]

That information was made public by Rep. Kim Byung-kee of the Democratic Party, a member of the National Assembly’s Intelligence Committee. National Intelligence Service (NIS) chief Lee Byung-ho held a closed-door briefing for lawmakers on the committee Wednesday morning.

It is not yet known why the 45-year-old self-exile from North Korea was killed or by whom, or for what occasion he was in Malaysia. Kim Jong-nam did not hold any official title in the North Korean government at the time of his death.

“It was a command that had to be pulled off no matter what,” the NIS chief said, according to Rep. Kim. “The spy agency [of North Korea] had consistently been preparing for the killing and it just turned out to have been [successfully] accomplished this time.” 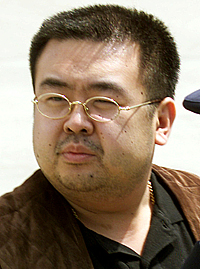 The lawmaker also quoted the NIS chief as asserting that Kim Jong-nam felt so threatened that in April 2012 he sent a personal letter to Kim Jong-un in which he wrote: “The only way for me to escape [from the assassination threats] is to commit suicide,” adding, “Please rescind the retribution order.”

Malaysian police said they arrested a female suspect Wednesday morning at the Kuala Lumpur International Airport. The suspect was in possession of a Vietnamese travel document.

According to Rep. Joo Seung-yong of the People’s Party, another member of the Intelligence Committee, the NIS was “certain” that Kim Jong-nam was “terrorized by poison” at Kuala Lumpur International Airport Monday morning but wasn’t sure if the toxic substance had been injected in him.

The NIS said it will have to check autopsy results by Malaysian authorities, which haven’t been revealed yet.

Kim Jong-nam was traveling to Macau, where his second wife and children live, said the NIS. He arrived in Malaysia a week before.

The spy agency said it was informed that someone presumed to be Kim Jong-nam was murdered in the airport three to four hours after the killing Monday morning. It confirmed the victim was Kim Jong-un’s half brother after seeing a picture of the corpse.

News that Kim Jong-nam was assassinated in a Malaysian airport went viral around the world Tuesday night - a day and a half after the killing - when TV Chosun, a local cable broadcaster, reported the scoop citing unnamed South Korean government sources.

The JoongAng Ilbo, an affiliate of the Korea JoongAng Daily, followed up minutes later citing its own anonymous sources, who said Kim Jong-nam was killed by two female spies commissioned by the Pyongyang regime. The agents were said to have fled in a taxi after the incident.

The official said he wasn’t 100 percent sure why Kim Jong-nam had gone to Malaysia, but was aware that he was having an affair with a woman there and visited “constantly.”

Another local North Korean expert claimed that Kim Jong-nam was planning to come to South Korea last year but failed because the South Korean government worried about Pyongyang’s reaction. It’s possible that is one reason Kim Jong-un may have ordered spies to take him out.

The Star, a Malaysian media outlet, cited a senior police officer in saying that agents “splashed his face with a chemical” in the airport’s departure hall at around 9 a.m. Monday “just before he was to take a flight to Macau.”

Kim Jong-nam was said to have arrived in Malaysia from Macau on Feb. 6.

“He told the receptionist at the departure hall that someone had grabbed his face from behind and splashed some liquid on him,” said Fadzil Ahmad, a senior assistant commissioner who serves as chief of the Selangor Criminal Investigation Department.

“He asked for help and was immediately sent to the airport’s clinic,” Ahmad continued, “At this point, he was experiencing a headache and was on the verge of passing out.”

The officer said Kim Jong-nam went through a “mild seizure” and that he was put into an ambulance and was being taken to the Putrajaya Hospital when he was pronounced dead.

The Star reported that Ahmad later “received a request for the body from the North Koreans.”

Ahmad reportedly refused, telling them that Malaysian authorities will perform a post-mortem first.

Kim Jong-nam appears to have been using a passport under the name “Kim Chol.” The Star ran a scanned version of the police report issued by Tan Sri Khalid Abu Bakar, Malaysia’s inspector general of police, on its website, which showed his purported passport number (836410070), date of birth (Jun. 10, 1970) and birthplace (Pyongyang).

Jeong Joon-hee, spokesman of South Korea’s Unification Ministry, downplayed media speculation that the forged name might be connected to a former vice minister of the North Korean army who had the same name, saying Wednesday in a regular briefing that Kim Chol was a name that “North Korean people like,” implying Kim Jong-nam used it simply because it was common.

The former vice minister is known to have been executed in 2012 for drinking and carousing during Pyongyang’s official mourning period for late leader Kim Jong-il. He was executed by being shot with a mortar.

According to The Star, the body of Kim Jong-nam was moved from Putrajaya Hospital to Hospital Kuala Lumpur at 9 a.m. Wednesday and the van carrying it was accompanied by police officers with submachine guns.

The postmortem will reportedly be carried out at Hospital Kuala Lumpur and end in the evening, according to The Star. The South Korean government said Malaysian authorities were investigating the case and pursuing the suspected spies.

At least three cars from the North Korean Embassy were spotted outside the hospital, including that of North Korean Ambassador to Malaysia Kang Chol.

Kim Jong-nam was the eldest son of Kim Jong-il, who died in December 2011. Kim Jong-nam’s mother was Kim Jong-il’s first wife Song Hye-rim, one of at least three women the former leader had children with.

Kim Jong-il is suspected to have married once but had three mistresses, including Song. Kim Jong-un’s birth mother is presumed to be another mistress; Pyongyang has never released any official statement on this, which pundits claim is a strong signal that the current leader was indeed born out of wedlock.

Several years ago, Kim Jong-nam was widely considered the heir apparent of his father.

But in 2001, he was arrested at Narita International Airport in Tokyo for travelling on a forged Dominican Republic passport and deported to China. Kim told Japanese authorities at that time he was traveling to Disneyland with his son, which North Korea watchers branded a huge embarrassment for the Pyongyang regime.

In 2008, after Kim Jong-il suffered a stroke and began grooming third son Kim Jong-un as his successor, Kim Jong-nam left North Korea and traveled to several foreign countries in Southeast Asia and also China. He mainly resided in Macau.

Kim Jong-nam’s first wife and son are currently residing in Beijing, while his second wife and their two children are in Macau, said South Korea’s spy agency. The NIS said Kim Jong-nam had been protected by Chinese authorities. North Korea has yet to release any official statement on Kim Jong-nam’s death.