University president implores nation to ‘come to its senses’

University president implores nation to ‘come to its senses’ 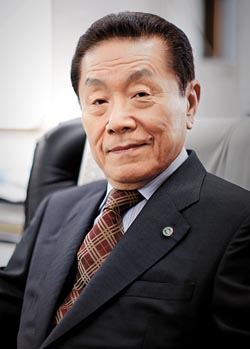 Choi Young-chul, president of Seokyeong University in Seongbuk District, central Seoul, during an interview with the JoongAng Ilbo in his office. Choi emphasized the need for schools “to rid themselves of lies and empty formalities.” [JOONGANG ILBO]

Journalist, politician, bureaucrat, professor, university president: these are the footsteps that Choi Young-chul, 81, and currently president of Seokyeong University in Seongbuk District, central Seoul, has taken over the course of his life.

To the Korean nation, which has fallen into despair amid a scandal involving the president, and to the schools and students who are reeling from the incredulous incompetence of the government, Choi has a short but strong message: we need to come to our senses.

The following is an edited excerpt of an interview Choi gave with the JoongAng Ilbo.

Q. Isn’t the idea of coming to our senses just common sense?

A. Common sense is the starting line for everything. The minimal level of reason and knowledge that everyone agrees to be right and natural, that’s what common sense is. Everything - the law, morality, rules, institutions - everything is based on common sense. If we get through to our senses, then justice and order will take its due course and dignify our nation. Even an individual’s competitive edge stems from here.

Could you give us an example of how a university can come to its senses, from your own school?

Practicality is a part of common sense. That is, to rid the school of lies and empty formalities. The power to create wealth and happiness is practicality. Seokyeong University has entirely reformed not only its colleges but also the lectures to become practical. In one case, we separated literature, linguistics, history and philosophy. We grouped the humanities into the cultural content department and upgraded the linguistics department to global business.

We reformed parts of the arts college to become more practical, to allow it to run on a production system only possible in professional companies, which enables students to pull off a performance of any kind if they cooperate.

We put similar majors together and separated those that needed more attention. The only standard we took into consideration was practicality. The academic goal of Seokyeong University is to create students that have creativity, the ability to respond well to situations, experiences, responsibilities to obligations and a heart for sharing, hence the name of the school’s project, Creos. This seems fancy and ideal, but this is the true face of a talented person with common sense.

How did you manage to continue leading the school for a fourth term at such an age?

I think it’s because of my philosophy, which values second place. It’s important to be first, but if you can’t, then you must readily accept the results and congratulate whoever is first.

I am here because you are, and you are here because I am. Once you let go of self-obsession, not only yourself, but all of society and the whole country takes the first step toward being happy.

What are your goals for your next term as president?

The country’s future becomes happy only when the young people of this country are happy. That’s why we opened the Seokyeong Future Research Lab and the Future University Education Council, to assist young people to advance into the future.

We also have the Seokyeong Renovation Center to provide a variety of programs and help students overcome various obstacles, especially when they are trying to get a job or open their own businesses.

This year marks the 70th year of Seokyeong University. I will endeavor, with all my heart and will, to contribute to making this society one in which young people can be happy.