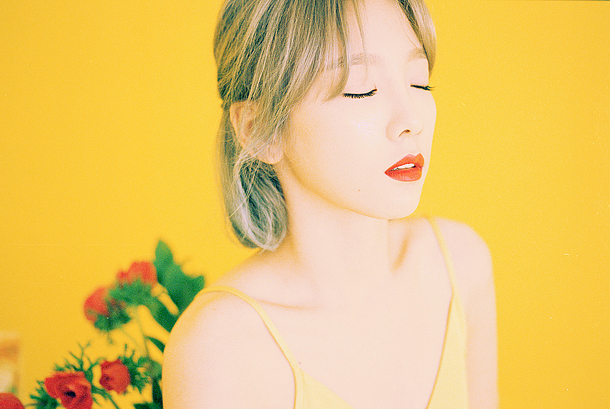 Taeyeon of Girls’ Generation is set to unveil her first solo studio album, “My Voice,” this month.

Following the release of the singer’s recent urban dance single “I Got Love” last week, Taeyeon’s record label SM Entertainment confirmed that the singer’s upcoming album with be released on Feb. 28.

The singer’s official website has also been decorated with teaser images of her new song “Fine,” which will be the lead single of the new record. The album will reportedly contain a slew of experimental genres, including alternative R&B.

Although the singer is best known as a member of the girl group Girls’ Generation, her solo music career has been picking up steam thanks to her hit songs including pop ballads “I,” “Rain,” “Why,” and “11:11.” Although fan reception to her last single “I Got Love” was mixed due to its unfamiliar style, it is now being seen as a successful conceptual departure for the singer.