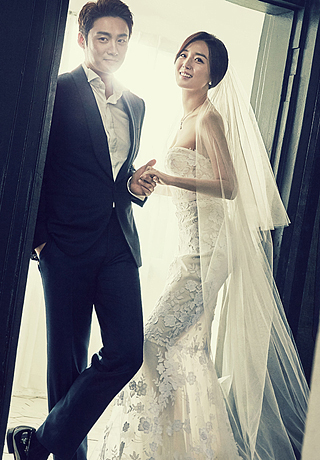 The announcement was made by Oh in a hand written letter uploaded to his fan page on Monday, who said the wedding was taking place on April 30.

“This marriage was a life decision that would make me both a better and happier person,” Oh wrote in his letter. “We will work hard to become a couple that walks a righteous path.”

The couple will also be appearing in next month’s issue of Elle magazine with pictures from their wedding photoshoot, which was kept a secret by magazine staff until the marriage announcement.

Oh and Kim both debuted under MBC and have reportedly been dating for two years. They publicly announced their relationship last April.

The two are the newest announcer couple to unveil their marriage plans after the wedding announcement of Jo Woo-jong and Chung Da-eun. The latter will hold their celebration at a hotel in Seoul on March 16.