Hwang Kwang-hee is going into the army

Hwang Kwang-hee is going into the army 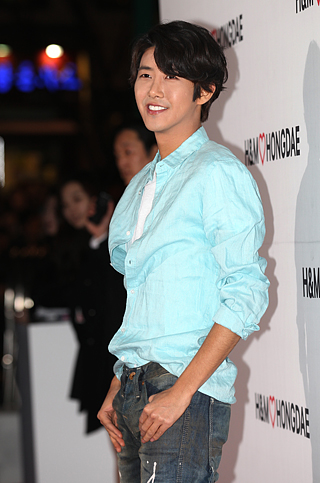 One-sixth of the popular “Infinite Challenge” team, Hwang Kwang-hee, is scheduled to enter the military on March 13. According to his agency, Bonboo Ent, on Friday, Hwang will undergo basic military training for five weeks starting from March 13, and after that will start his military service in the army band.

Hwang announced his enlistment on the set of MBC variety show “Infinite Challenge” on Wednesday, and an appearance on MBC’s talk show “Radio Star” will reportedly be his final television appearance before conscription.

Hwang, a former member of the boy group ZE:A, has pushed aside musical pursuits and focused on guest appearances on a wide array of variety shows. He is widely recognized as a unique personality. He is dubbed the “plastic idol” for his numerous plastic surgeries. He has also hosted a number of shows, and earned a spot on Korea’s favorite TV show for more than a decade, MBC’s “Infinite Challenge,” after winning a popular vote on the program’s Sixth Man Project.

Meanwhile, Hwang left his former management company Star Empire to join his current agency on Feb. 7. His replacement in the variety show cast has yet to be announced.