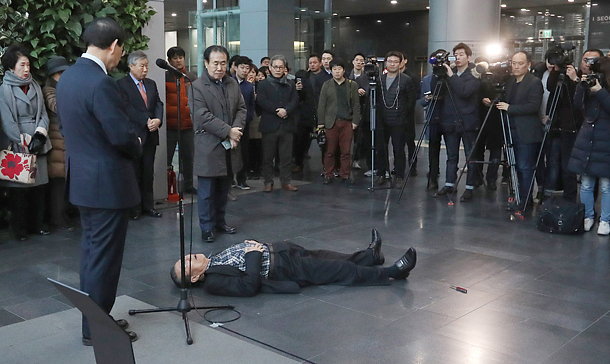 A 79-year-old man surnamed Lee lies on the floor after stabbing himself in the abdomen with a knife in front of Seoul Mayor Park Won-soon, left, during the opening ceremony of an exhibition on Frank W. Schofield, a Canadian veterinary scientist, in the lobby of City Hall in central Seoul Friday. Lee, who is in stable condition after treatment in the hospital for a 10-centimeter (4-inch) wound, was intoxicated. He had a beef with a district office. [YONHAP]