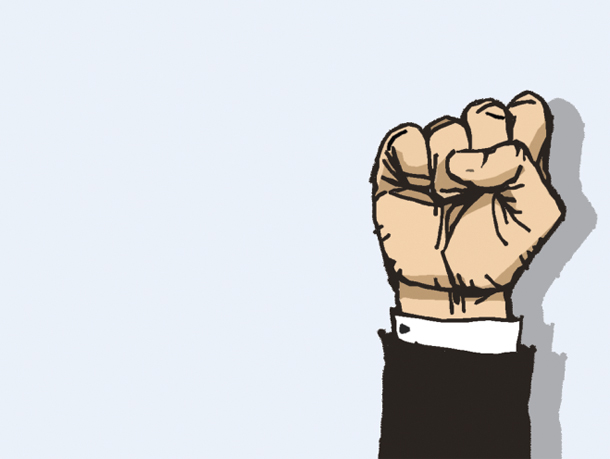 The journey to find the new chairman for the Federation of Korean Industries (FKI) that ended up with Huh Chang-soo was an act of black comedy. After all the fuss, it all came back to November 2016, when it was revealed that the lobbying group for chaebol had led the fundraising for the K-Sports and Mi-R foundations.

The FKI sent out a press release that the current chairman Huh of GS Group would serve another term. While the board members and elder business leaders worked hard to recruit a new chairman, all candidates declined the offer, which led to Huh’s reappointment.

In the end, Heo could not allow the chairmanship vacuum and took the job again. It is too bad for Huh, who is serving the two-year term for the fourth time. Whenever he got a chance, he said he wanted to step down.

The challenge of filling the chairmanship shows the gravity of the trouble for FKI. The big four business groups — Samsung, Hyundai, LG and SK — and major members, including Posco, have turned their backs on the federation. Companies with middle standing that have little alternative channels are perplexed. They are concerned that they don’t have a voice representing them when the National Assembly deals with a revision to the commercial law. They also want to have a free ride with the FKI as they don’t want to take the risks themselves.

What’s more serious is that they still don’t have a direction for reform. Aside from abstract ideas like “contributing to the Korean economy by creating jobs,” the FKI hasn’t decided what it should be doing in the future. It did not bring in an outside specialist, which had been mentioned as a possibility.

It was the last remaining pride to have a chairman among the members. In the inauguration speech, however, Huh did not give much clue about the future of the FKI. Is that simply because he had just accepted the reappointment the night before and had little time to plan for the future? Probably not.

Staff at the secretariat seem to have vague hopes that better days would come once the situation is under control. Their dominant sentiment is that the crisis originated from the “unique political situation of the Korean society.”

The reflection and repentance appears skin-deep. Former vice chairman Lee Seung-chul, who had been involved in Choi Soon-sil’s power abuse by raising funds from major companies, attended the general assembly and was seated at the head table. The FKI did not hold him accountable, and he has been paid the full compensation for his 18 years of service as an executive.

How can the FKI reinvent itself without true repentance? If it fails to innovate and dissolves in the end, all the intangible assets such as accumulated research results and international network would disappear. I fear that the concern would become a reality, as the FKI has been going in circles for several months.


*The author is an industrial news reporter of the JoongAng Ilbo.