The dice of destiny

The dice of destiny 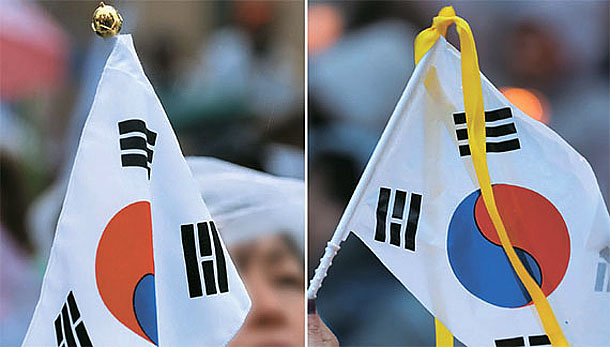 The curtain is coming down on the Park Geun-hye impeachment episode. We have about 10 days left until the grand finale, when the Constitutional Court decides the president’s fate. Park’s life has been a series of ups and downs, of glory and hardship. Her 19-year political career has been filled with extreme praise, disdain, luck and misfortune.
“My life is a struggle,” Park wrote in her diary. She faced the world in her own way with her own language, but she cannot struggle now as she is the subject of justice. She will either perish or be revived.
Park has one last resort: resign before the impeachment ruling. That’s what U.S. President Richard Nixon did in 1974. His vice president, Gerald Ford, succeeded him and later pardoned him. Nixon then attempted to restore his political honor by offsetting his dishonorable resignation with his accomplishments.

The Richard Nixon Presidential Library and Museum in Yorba Linda, California, celebrates his achievements, including the normalization of relations with China and the Apollo 11 moon landing. Nevertheless, his original sin can hardly be cleared. Nixon is remembered as a symbol of power abuse and political scheming. Hollywood filmmakers constantly invoke this memory of the disgraced president.

Moon Jae-in’s opposition party regards Park’s resignation before the court’s ruling as a trick to avoid dismissal from her presidency. The Blue House denied the possibility of her resignation. Resigning now would not change the situation, either, as it would have a similar effect as the court approving her presidency.

Ahead of Lunar New Year, Park visited her parents’ grave in the National Cemetery. This year marks the centennial of Park Chung Hee’s birth. I was reminded of what former Prime Minister Kim Jong-pil said after Park was assassinated in 1979. Kim said he hoped the 100 years after the birth of this revolutionary in modernization would be remembered with grand music.

But Kim’s plan was scrapped in the midst of Park’s impeachment. The failure of the daughter scarred the father, too. The protesters in Gwanghwamun Square condemned the dictatorial legacy of Park Chung Hee along with Park Geun-hye.

Downtown Seoul was sharply divided on March 1, the anniversary of the Korean independence movement’s birth. Gwanghwamun Square and Seoul Square were in conflict. Anti-Park protesters with candles and pro-Park protesters with flags were heavily divided over the impeachment. It reminded me of the discord after our liberation from Japan’s colonial rule. “The first March 1 celebration after liberation was divided between the left and right over trusteeship,” recalled former National Assembly Speaker Kim Soo-han, who was born in 1928.

“The left initially opposed it but changed their position later, inspired by the Soviet Union.”

There is only one truth. When truth is divided, it becomes two. “There are more than enough reasons to impeach Park,” supporters of impeachment say. “She schemed with Choi Soon-sil and took bribes.” But her loyalists still claim that special prosecutors found Park did not take money personally and that the impeachment motion was manipulated. Many politicians have pledged to accept the court’s ruling, but they still attend the protests, inspired by their exclusive ideology and historical views.

Still, there is a solution to the confrontation. The anti-Park protesters say the court’s justices must approve the motion 8-0. “To prevent division of the nation, impeachment must be approved unanimously,” they argue. “A unanimous decision will calm disobedience.”

Park’s supporters argue the Constitutional Court must dismiss the case — instead of approving or disapproving it — and allow the president to step down herself. “If Park resigns voluntarily after dismissal of the case and allows an early presidential election, the anti-Park camp will not complain.”

The dice of destiny is waiting to be thrown. Korean society is facing a historic moment. Revolution and catastrophe will collide. Whether impeachment is approved or not, the people’s rejoice and despair will alternate. Society needs to overcome the crisis, and strength will come from tolerance and integration. We desperately need leadership after the Constitutional Court’s decision. The outcome may still be unknown, but the fate of the nation will depend on the people’s maturity.


*The author is a senior columnist at the JoongAng Ilbo.