Jekyll, Hyde and The Donald

Jekyll, Hyde and The Donald 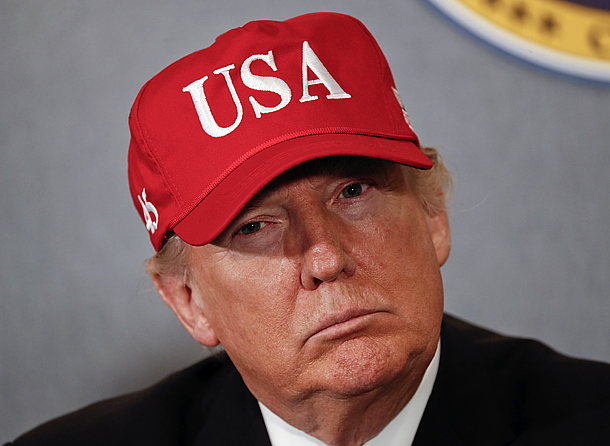 When North Korea launched an intermediate-range missile on Feb. 11, Japanese foreign policy and security officials were astonished twice over.

First, they were surprised by the lack of preparedness of U.S. President Donald Trump’s foreign policy and security team. They reportedly followed the response suggested by Japanese Prime Minister Shinzo Abe’s aides. What shocked them even more was how capricious Trump was. A joint news conference was quickly set up in Florida. Trump spoke after Abe. He made the irrelevant remark, “The United States of America stands behind Japan, its great ally, 100 percent.” He spoke a mere 23 words. Initially, he was supposed to read a one-page script provided by then-National Security Advisor Michael Flynn. But he changed his mind. Japanese officials were not sure how much they could trust Trump’s words.

Another surprise came last week, when Trump gave a rather good speech to a joint session of Congress. It was very different from his harsh inauguration address 40 days earlier. Trump has two faces. On the next day, a Washington Post column sarcastically wrote, “Trump as president must attempt a perpetual juggling act, at once capitalizing on public insecurities and stoking anti-establishment anger … It is no longer a question of which is the real Donald Trump but more the question of whether he can build a successful presidency out of this split political personality.”

“Strange Case of Dr. Jekyll and Mr. Hyde” is about split personality, two distinct personalities in one person. If you add “politics” here, that’s the story of Trump. Sometimes, he is good and reasonable like Dr. Jekyll. But he turns into the cruel and evil Mr. Hyde at other times.

Trump as an individual is not the only thing with two faces. His White House also has multiple personalities. Trump’s chief strategist Steve Bannon and senior advisor Stephen Miller are “street fighters” capitalizing on division and extreme measures to pursue an America First policy. In contrast, Vice President Mike Pence and White House Chief of Staff Reince Priebus value the good side of the United States.

The two groups don’t mix well. America First won the first round, and American virtue won the second. The third round is unpredictable.
But a split stance on North Korea could be a real problem.

Trump’s aides are said to be reviewing all available options, including a preemptive strike against North Korea or a redeployment of tactical nuclear weapons in South Korea, which were pulled out in the early 1990s. Seoul is optimistic that Washington would never make a decision that it opposes. The government often cites the 1994 precedent. A preemptive strike on the Yongbyon nuclear complex planned by the Clinton administration could have been completed in three days. But it was scrapped as the short-range artillery along the Demarcation Line could have left the South devastated.

In fact, a preemptive strike in 2017 is unrealistic. Back in 1994, North Korea did not have nuclear weapons. But now, it has more than 10 nuclear weapons, and there is no way of knowing where they are hidden.

Therefore, Trump is likely to make the reasonable decision of using a carrot and stick approach to urge China to pressure Pyongyang. He could use a secondary boycott and designation of China as a currency manipulator, which Obama was reluctant to resort to. The primary goal is to shut down the oil pipeline into the North. Trump may even recognize North Korea as a nuclear state and engage in direct talks.

As early as this month, the White House will present a North Korean policy plan. But the final draft is to be made by the Assistant Secretary for East Asian Affairs of the Department of State and the Department of Defence. These positions have not yet been filled.

In the meantime, Pyongyang’s patience is reaching its limit. When Obama was delaying his North Korean policy after inauguration in 2009, North Korea launched a long-range Daepodong 2 missile and conducted a nuclear test.

Trump is a negotiator who likes a showdown. In “Strange Case of Dr. Jekyll and Mr. Hyde,” Jekyll was sure that he had suppressed Hyde, but Hyde eventually returns. It is no time to lose ourselves in candles and national flags. The fate of the Korean Peninsula may well be decided by external factors.