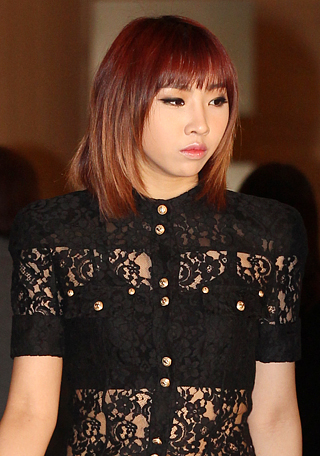 Former member of girl group 2NE1 Gong Min-ji, better known by her stage name Minzy, is beginning her career as a solo artist, as she released a single yesterday.

This is her first activity as a singer since leaving 2NE1 last April and her first song in three years since 2NE1’s second full-length feature album “Crush” in 2014.

Minzy didn’t renew her contract with 2NE1 and YG Entertainment, as she was reportedly frustrated by the lack of activities as a group as other members delved in individual careers, according to the official statement released by YG Entertainment. 2NE1 eventually disbanded in November.

Minzy has since signed to Music Works Entertainment, an agency led by Baek Ji-young.