Preparing for a hegemonic China

Preparing for a hegemonic China 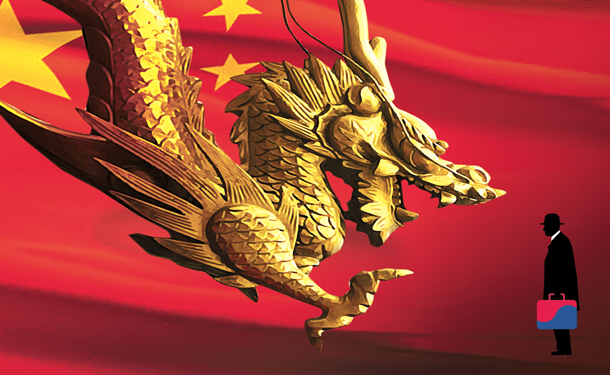 Korea has been suffering economic retaliation from China in response to deployment of the Terminal High Altitude Area Defense (Thaad) antimissile system. Despite Beijing’s denial, anyone can guess that the retaliatory moves cannot happen without official and unofficial directives and guidelines, considering China’s state-controlled system.

Of course, these measures violate the norms of the World Trade Organization. They are especially surprising given Chinese President Xi Jinping’s pledge to reject trade protectionism and promote globalization at the Davos Forum. A foreign expert who does not trust the Chinese leadership harshly criticized Xi, saying his good-looking picture at Davos was not enough to hide the ugly direction in which China is heading.

At this juncture, what is the national goal of China, and what is their motivation? A current affairs magazine with influence among international and economic policy makers and opinion leaders asked some 30 experts about the real intentions of China. As expected, they agree that China has no intent or ability to actively display global leadership yet.

However, what matters to Korea in reality is the strategic intentions of China in Asia. It is Xi’s Chinese dream of restoring the glory of the Middle Kingdom and establishing a new Sinocentric regional order. China hopes to create geopolitical relations driven by itself, if not through old tributary relationships with neighbors.

Therefore, it is the way of China to tame any neighbor that goes against this intent, even if it might seem unreasonable in the eyes of the international community and contradictory to the Chinese leader’s remarks. The Chinese economy already makes up 15 percent of the global economy. It will soon surpass the U.S. economy, which accounts for 25 percent, and its spending power has already exceeded that of the United States. Its military capacity will also grow. But as China expands economically and militarily, it will also become bossier in the region.

Experts have already predicted that China will use its economic power as leverage to maintain regional order. Some emphasize that the One Belt, One Road project and Asian Infrastructure Investment Bank are attempts to increase neighbors’ dependency on China by creating a network based on cash and social overhead capital.

Until now, the Korean economy has enjoyed the “neighbor effect” of the rapidly growing Chinese economy the most. As a result, a quarter of Korea’s exports go to China, and China is the country that Korean companies invest in most heavily.

To prepare for China’s growing bossiness, we need to respond with a long-term strategic approach. The government lacked such a perspective on Thaad and skipped the process of communicating with and seeking understanding from China, much less from Korean citizens. Yet Korea needs to respond to China’s retaliatory actions and bring the case to the WTO. China does not want to be embarrassed and ruin its reputation in the international community as it hopes to be one of the G-2.

With the Thaad controversy, Korea needs to seek ways to lower its trade and investment dependency on China. Moreover, we should devise ways to expand trade, investment and overall economic cooperation with countries wielding geopolitical significance in the region, including Japan, Russia and India. Korea should constantly work hard to get ahead of China in various fields.

Korea also needs to wisely respond to changing international security and economic policies in the United States under President Donald Trump. The policy changes in the States are relatively short-term and tactical as they are the results of a presidential election held every four years. But Sinocentrism is a long-term strategy that is inseparable from China’s long history and requires responses and plans with a more long-term perspective.


*The author, a former finance minister, is an adviser to the JoongAng Ilbo.