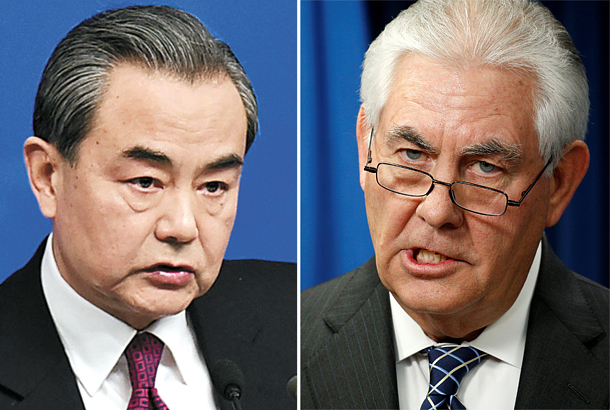 Between January 2010 and last April, ZTE conspired to evade U.S. embargoes by obtaining contracts and sales with Iranian entities, including those affiliated with the Tehran government, said the U.S. Department of Commerce, earning it hundreds of millions of dollars.

ZTE, China’s second-largest maker of telecom equipment, is said to have bought American equipment and software and illegally shipped them to Iran, supporting building of large-scale telecommunications networks there.

In addition, ZTE was charged in connection with 283 shipments of telecommunications equipment to North Korea, with knowledge it violated U.S. Export Administration Regulations.

The civil and criminal penalty of a combined $1.19 billion is the largest fine levied by the United States in a sanctions case.

“Those who flout our economic sanctions and export control laws will not go unpunished,” said Commerce Secretary Wilbur L. Ross in a statement. “They will suffer the harshest of consequences.”

The stiff penalty comes at a delicate time for U.S.-China relations as Beijing retaliates against Seoul for the deployment of the U.S.-led antimissile system and with Secretary of State Rex Tillerson’s visit to the region next week.

The White House is reported to be in the process of forming a North Korea policy and considering tougher missile defense systems - or even redeployment of nuclear weapons to South Korea, which Beijing is bound to resist. Washington could also announce secondary boycotts of Chinese financial institutions doing business with North Korea, which have been pushed for by U.S. congressmen including Republican Rep. Ed Royce of California, chairman of the House Foreign Affairs Committee, and Sen. Cory Gardner, the chairman of the U.S. Senate East Asia subcommittee.

State Secretary Tillerson will kick off next week a five-day visit to Tokyo, Seoul and Beijing, announced by the U.S. Department of State on Tuesday, his first visit to the Northeast Asia region since assuming his post as top American diplomat.

The secretary of state will start off his tour in Japan next Wednesday, followed by Korea on March 17 and then China the following day.

His visit comes after a series of provocations by Pyongyang, including the assassination of Kim Jong-nam, the estranged older half brother of the North Korean leader, in Malaysia last month as well as the regime’s launching of four ballistic missiles Monday.

It also comes as China has declared it will be “taking necessary measures to safeguard our own security interest,” in response to the deployment of the Terminal High Altitude Area Defense (Thaad) in South Korea. Chinese Foreign Ministry Geng Shuang’s spokesman on Tuesday warned “all consequences” resulting from that will be borne by the United States and Korea, after the first elements of the Thaad system arrived at Osan Air Base Monday night.

Tillerson, according to the department, plans to meet with senior officials to discuss bilateral and multilateral issues, “including strategic coordination to address the advancing nuclear and missile threat” from North Korea. He also plans to reaffirm the Trump administration’s “commitment to further broaden and enhance U.S. economic and security interests in the Asia-Pacific region.”

The order of countries he will visit indicates the secretary plans listen to the views of allied countries first before heading to Beijing. He may also play a role in assuaging China’s retaliatory measures against Seoul over Thaad.

In response to China’s strong objections to the deployment of Thaad, Mark Toner, spokesman of the State Department, said in a briefing Tuesday that the deployment of the battery in South Korea shows that Pyongyang’s provocations threatens “even the national security of the United States of America.

“North Korea openly states that its ballistic missiles are intended to deliver nuclear weapons to strike cities in the United States, and the Republic of Korea, and Japan,” said Toner. “So it’s in that context that we are in conversations and discussions with China.”

He said Washington has made clear to China that the decision to deploy Thaad is a “defense measure.”

Toner continued, “I think a central focus of Secretary Tillerson’s trip to the region should not be on the deployment of Thaad, which is frankly a response to the threat, it’s the threat itself: the threat that North Korea continues to pose.”

Washington, he said, is also looking into “new initiatives” and “new ways” to address this issue, as well as “pressing for increased implementation of an already very stringent sanctions regime.”

Toner added that “sanctions are only as good as how well they’re implemented,” hinting Tillerson may come down on China to strengthen full implementation of the ongoing sanctions on Pyongyang. He pointed out that China recently did “take some steps,” by blocking North Korean coal imports.

Toner, however, did not confirm reports of Washington looking into redeploying nuclear weapons on the Korean Peninsula and merely said, “What we’re focused on right now is strengthening our defensive exercises, our defensive cooperation, with South Korea so that they can defend themselves against continued North Korean aggression.”

Sen. John McCain, chairman of the Senate Armed Services Committee, in a statement Tuesday, called the arrival of the first components of the Thaad in Korea a “positive step forward for U.S.-ROK cooperation to confront North Korea’s escalating missile threat.”

“Unfortunately yet predictably, China responded to the arrival of Thaad with vague threats against the United States and South Korea,” said McCain, calling out Beijing for waging “a campaign of diplomatic bullying and economic coercion against South Korea in an attempt to stop the deployment of Thaad.”

He said that the missile defense system “is only necessary because China has aided and abetted North Korea for decades” and called on Beijing to “cease its attempts to undermine South Korea’s sovereign ability to defend itself and use its considerable influence to pressure North Korea to stop its destabilizing behavior.”

White House press secretary Sean Spicer said in a briefing Tuesday, “We stand shoulder-to-shoulder with Japan and South Korea in doing what we can to protect that region in particular from an attack from North Korea.” But he said he “understands” China’s concern, that it’s “a national security issue for them.”

Chinese Foreign Minister Wang Yi in a press conference Wednesday said Beijing staunchly opposes the deployment of the Thaad system, calling this the “biggest issue” between Seoul and Beijing.

Wang also said that Pyongyang continues to defy UN Security Council resolutions while Seoul and Washington continue their joint military drills, warning that “without either side yielding there really may be a clash.”

Wang said this year marks the 25th anniversary of bilateral ties between Seoul and Beijing. “I ... hope to be able to protect a cooperation that is mutually beneficial.”