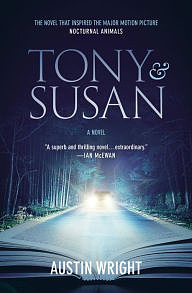 Fifteen years ago, Susan Morrow left her first husband, Edward Sheffield, an unpublished writer. Now, she’s enduring middle class suburbia as a doctor’s wife, when out of the blue she receives a package containing the manuscript of her ex-husband’s first novel. He writes asking her to read the book; she was always his best critic, he says.

As Susan reads, she is drawn into the fictional life of Tony Hastings, a math professor driving his family to their summer house in Maine. And as we read with her, we too become lost in Sheffield’s thriller. As the Hastings’ ordinary, civilized lives are disastrously, violently sent off course, Susan is plunged back into the past, forced to confront the darkness that inhabits her, and driven to name the fear that gnaws at her future and will change her life.

“Tony and Susan” is a dazzling, eerie, riveting novel about fear and regret, blood and revenge, marriage and creativity. It is simply one of a kind. 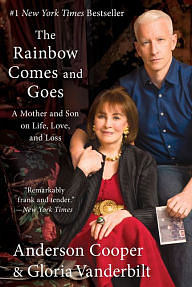 The Rainbow Comes and Goes: A Mother and Son on Life, Love, and Loss

Anderson Cooper’s intensely busy career as a journalist for CNN and CBS’ 60 Minutes affords him little time to spend with his ninety-one year old mother. After she briefly fell ill, he and Gloria began a conversation through email unlike any they had ever had before - a correspondence of surprising honesty and depth in which they discussed their lives, the things that matter to them, and what they still want to learn about each other.

Both a son’s love letter to his mother in her final years and an unconventional mother’s life lessons for her grown son, “The Rainbow Comes and Goes” offers a rare window into their close relationship and fascinating lives. In these often hilarious and touching exchanges, they share their most private thoughts and the hard-earned truths they’ve learned along the way.

Throughout, their distinctive personalities shine through - Anderson’s darker outlook on the world is a brilliant contrast to his mother’s idealism and unwavering optimism. 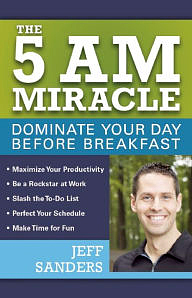 The 5 A.M. Miracle: Dominate Your Day Before Breakfast

“The 5 A.M. Miracle” is a resource guide for high-achievers.

1. Begin Your Day the Right Way

“Yes, it’s true, I’m a big fan of early mornings. But, more importantly than waking up at an arbitrary time like 5:00 a.m., I’m a strong believer in intentionality. “

“The bulk of the book breaks down my blueprint for unprecedented progress. From healthy habits and productivity strategies, to review systems and professional-grade daily routines, you will find more actionable content than you could possibly imagine.”

“Let’s not forget that at the end of the book I summarize the multitude of ideas into an easy-to-follow 30-day plan just so you have a clear plan of action.” 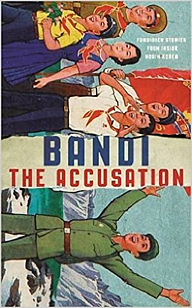 The Accusation: Forbidden Stories from Inside North Korea

In 1989, a North Korean dissident writer, known to us only by the pseudonym Bandi, began to write a series of stories about life under Kim Il-sung’s totalitarian regime. Smuggled out of North Korea and set for publication around the world in 2017, “The Accusation” provides a unique and shocking window on this most secretive of countries. Bandi’s profound, deeply moving, vividly characterized stories tell of ordinary men and women facing the terrible absurdity of daily life in North Korea.

“The Accusation” is a heartbreaking portrayal of the realities of life in North Korea. It is also a reminder that humanity can sustain hope even in the most desperate of circumstances - and that the courage of free thought has a power far beyond those who seek to suppress it.