Chung Yoo-ra to be extradited to Korea

Chung Yoo-ra to be extradited to Korea 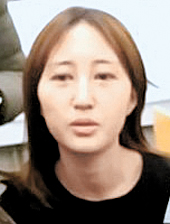 Danish authorities announced on Friday that Chung Yoo-ra, the daughter of Choi Soon-sil, who is at the center of the power abuse and corruption scandal surrounding the former president, is to be extradited to Korea.

“After having reviewed the South Korean request for extradition thoroughly, it is our opinion that all conditions for extradition in the Danish Extradition Act are met,” Deputy Director Mohammad Ahsan from the Office of the Director of Public Prosecutions said in the statement. “I know that the case has been subject to great attention in South Korea. Therefore, I am pleased that there has been a prevalent understanding of the fact that the case has taken the necessary time to handle it both thoroughly and in accordance with our legislation.”

The Danish prosecution said Chung has three days to decide whether to bring the decision to a court.

Her lawyer had announced that Chung will likely seek political asylum if the prosecution decides to extradite her.

“If all court instances say she should be extradited then it’s political asylum,” Chung’s lawyer Peter Martin Blinkenberg told Reuters on Tuesday.

Korean authorities have sought Chung’s extradition for months, requesting Interpol to issue a Red Notice to arrest and possibly extradite Chung to Korea in December. Chung was arrested in Aalborg, Denmark, on Jan. 1, and has been detained since then in ongoing trial on extradition, after the Korean government filed an extradition request.

Chung is alleged to have used her mother’s influence to receive preferential treatment at Ewha Womans University and generous funding of a questionable nature from Samsung Electronics, which also donated the largest sums to foundations linked to Choi, who is at the center of the corruption scandal that led to former President Park Geun-hye’s ouster.

She is also accused of collaborating with her mother in a money-laundering scheme through a German paper company, Widec Sports.

“[Chung] is obviously connected to her mother, and her mother is apparently linked to the [ousted] president... There’s no doubt Yoo-ra would return and experience a very large resistance against her person,” Blinkenberg said. “We have the feeling they are not really interested in Yoo-ra, but if they can use her as leverage they would be willing to do that.”

In an interview with Korean press in January, Chung pinned all the blame on her mother, saying she signed documents under her direction without knowing what they were and denied knowledge of “what’s been going on in [her] mother’s business.”