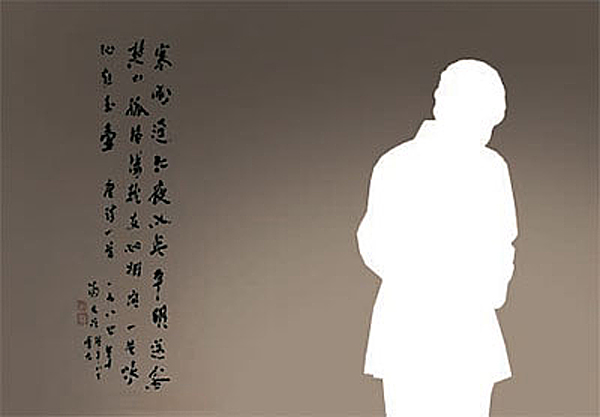 Richard Nixon resigned from his presidency in 1974 after the Watergate scandal. In a televised speech, aired live to the world, he read the statement with a face of bitterness. “To leave office before my term is completed is abhorrent to every instinct in my body. But as President, I must put the interest of America first,” he said.

“As we look to the future, the first essential is to begin healing the wounds of this Nation, to put the bitterness and divisions of the recent past behind us, and to rediscover those shared ideals that lie at the heart of our strength and unity as a great and as a free people,” he stated. “By taking this action, I hope that I will have hastened the start of that process of healing which is so desperately needed in America. I regret deeply any injuries that may have been done in the course of the events that led to this decision.”

In an attempt to cover up the scandal, Nixon said lie after lie. He, then, issued a statement through his press secretary Ron Ziegler that “This is the operative statement. The others are inoperative” — to pronounce the decision of his resignation. He, then, apologized before the people for inflicting pains with his wrongdoings. And he hoped for a fast healing of the country, above all else.

In contrast, former president Park Geun-hye denied the Constitutional Court’s ruling to remove her from presidency by upholding the National Assembly’s impeachment when she exited the Blue House in disgrace. In front of her old house in southern Seoul, she told her supporters, “Though it may take time, the truth will be revealed eventually.”

What is the difference between Park and Nixon? Nixon has a broader view of things. But Park still seems to fall short of comprehending the situation wholly and conceptually. Park appears to lack — or to be totally missing — the ethical literacy that former Icelandic President Vigdis Finnbogadóttir defined as seeing what’s truly beneficial to a country from the perspective of the general interest of the entire people of the country.

To paraphrase what Niccolò Machiavelli said in Il Príncípe (The Prince), the worst thing for a leader is to be abandoned by the people. In Park’ case, the National Assembly passed a motion to impeach her and the Constitutional Court dismissed her from presidency after upholding the legislature’s decision. Moreover, about 80 percent of the people supported her impeachment. The total number of citizens who participated in the massive candlelight rallies reached 16 million. That’s an equivalent to what Machiavelli defined as “being abandoned by the people” given the 51.55 percent of the votes Park got in the last presidential election.

As the daughter of a president and also as the president, Park lived in the Blue House for 20 years. She is used to living inside the palace assisted by many secretaries. For her, the private residence in Samseong-dong in southern Seoul would be a deserted place filled with icy cold loneliness.

But Park must be healed for the sake of herself and for the sake of the country. The shouting voices of her supporters outside the residence will further push her deeply into loneliness. She must not let the country continue to be split between her supporters and opponents throughout the prosecution’s criminal investigation of her charges involving abuse of power and bribery as well as during subsequent trials.

Park has an asset of healing. When she visited China in 2013, she gave a lecture at the Tsinghua University, the alma mater of Chinese President Xi Jinping. At the time, she received a precious gift from the school — a piece of calligraphy written by the late Feng Youlan, a famous philosopher who once served as the dean of the university’s graduate school. The calligraphic scroll contained a poem from Wang Changling of Tang Dynasty. Feng’s granddaughter offered the scroll as the gift after she learned that Park was a fan of her grandfather’s book A History of Chinese Philosophy.

The poem’s third and fourth lines probably comfort Park’s heart now. “If my family and friends in Luoyang ask about my situation / You could say that my heart is as pure as ice in a jade pot.”

There is no way to know if Park left the scroll at the Blue House or took it with her. But if she was a true fan of Feng’s book, she would have not forgotten the poem.

Park must spend some time “gawking” — a new fashion in Korea these days — and play piano that she used to love but didn’t have time to do, and try to refine her heart “as pure as ice in a jade pot” and selfless. She must not exploit the supporters outside her house, and she must be cautious of being exploited by them. She must understand that some of the supporters are simply trying to show off their presence and win votes from the conservatives.

A leader must show a graceful exit when saying farewell. The prosecution’s criminal investigations and trials will walk the path of law, but a legal judgment is not always a means of healing. The law, ultimately, is about a person. Hopes are high that Park hurries to reconcile with the people. A former president has noblesse oblige to serve the people, even though she is now just a private citizen.

The queen and her final media journey (KOR)