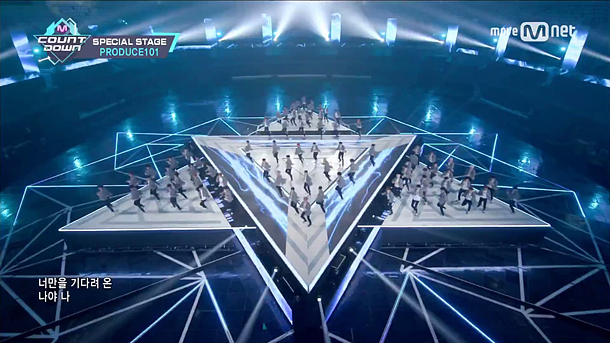 The production team behind the second season of audition program “Produce 101” has denied all notions of preferential treatment of the contestants, as rumors surfaced regarding discrimination of the contestants, likening the situation to the caste system of India.

“Produce 101” is an audition program featuring 101 trainees from a number of entertainment agencies, and searches for the top 11 contestants through online voting and live voting. The contestants are divided into groups A through F, with contestants in the A group the most highly rated.

Ilgan Sports, an affiliate of the Korean JoongAng Daily, raised the issue as it claimed contestants in lower groups were discriminated against by the production team, and that the staff was violating human rights in an article published on Monday. A source from an agency that sent multiple trainees to the program said, “Contestants in the lower tiers cannot even use the bathroom, because toilet privileges is given in order of the groups.”

The production team released an official statement regarding the issue yesterday, which said, “There are lots of contestants and that is why grouping is necessary. There is a healthy competition between the groups, and there is nothing to be worried about in terms of violation of human rights.”

The show is set to air its first episode from the new season on April 7.