Go in the 21st century

Go in the 21st century 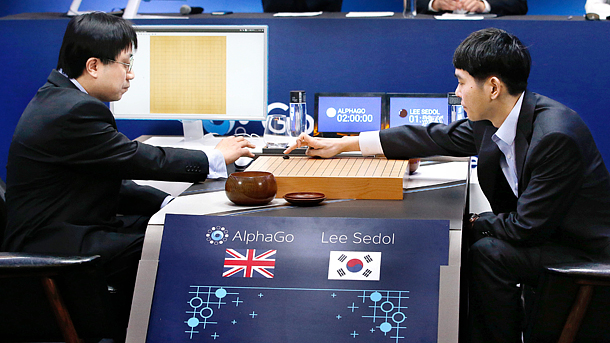 When I take taxis these days, cab drivers mostly lament about our sluggish economy. They say the latest economic slump is worse than the one that followed the foreign exchange crisis of 1997.

The game of Go is not much different. While many today consider it a sport, the essence and nature of Go is in the game’s artistic qualities. When the economy slows, the arts are the first to be affected, and the same applies to Go. Many long-lasting corporate sponsorships have been discontinued. The greatest shock to Go players was the end of the country’s oldest and most prestigious competition, the Guksu.

Given the struggles that corporate sponsors are going through, wasn’t this inevitable? Not necessarily. Let’s look at how Japan responded during its economic slump. Even when it had its place as the center of modern Go and was outshined by Korea and China, Japan continued seven major competitions. The end of Korea’s Guksu competition is symbolic. As countless Go contests and events are already disappearing, the number of Go players is also decreasing. Can Korean Go get out of its slump and seize the chance at another leap?
Korean Go, which has lost vitality due to discontinued corporate sponsorship, faces a greater challenge on the international stage. The status of best Go-playing nation has been passed to China. China’s rise in Go coincided with government policy. During Deng Xiaoping’s leadership in the 1980s, China did not show off and bided its time while promoting opening and reform. Chinese Go took the same stance.

Under President Hu Jintao, China sought a peaceful rise after building up strength through economic development. In the early 2000s, China switched to a more proactive stance and role in international relations for extended national interests. This is exactly the direction of Chinese Go. Given China’s huge population of 1.5 billion, it is nearly a miracle that Korea, with 50 million people, has maintained the top spot for 20 years until recently.

Then how should we embrace the fall of Korean Go? What is the value of Go in Korea? Until now, Go’s value and role in Korean society was more than an art or mind sports. Whenever the nation faced difficulties, Go provided inspiration and confidence to cope with crisis. In 1980, Cho Chi-hun won the Meijin title in Japan. In 1989, Cho Hun-hyun won the quadrennial Ing Cup. Lee Chang-ho and Lee Se-dol are other Go prodigies who also became champions. No Korean would think it was a mere championship title in a game. The gold medal that Korean players won in the Go event of the 2010 Guangzhou Asian Games was not at all different from other Olympic triumphs that have enhanced national pride and confidence.

We need to study why Japan consistently invests in Go culture by maintaining its seven official professional competitions even as it has fallen behind Korea and China, and why China has included the development of Go in its national policy while it is busy engaging in a new hegemonic contest against Trump’s United States.

The appearance of AlphaGo, Google DeepMind’s Go-playing algorithm, shocked the world as the machine defeated humans in the game that used to be considered extremely complicated and ineffable. The AlphaGo shock, a symbol of the changing world, poses an existential question for Korean Go at a crossroad.

In a crisis, there are two sides: risk and opportunity. The advent of the so-called fourth industrial revolution led by Internet of Things technology, artificial intelligence and life sciences opens up new horizons for Korean Go. It could be a chance for us to open up a new era in the game.

Recently, the Korea Baduk Association (as the game is known in Korea) and the Korean Federation of Teachers’ Association agreed on a joint project to promote Go education. In addition to the primary goal of expanding the Go-playing population, their cooperative efforts will enhance Go’s status in art and culture.

Go is not a simple game of winning and losing. Unlike other sports, both players work to find the best outcomes on their own. Go is a mental game of soul-searching, communication and harmony, which gives Go a public value and role for society.

The English writer Richard Dawkins once said that the future of humankind will likely be in the form of cultural evolution rather than biological evolution. That applies to Go, too. The Korea Baduk Association and other organizations that have led Korean Go for over seven decades must take on the challenge. Korean Go needs a revolution, and no revolution is possible without overturning conventional ideas.

*The author is a poet and managing director of the World Cyberkiwon Corporation.