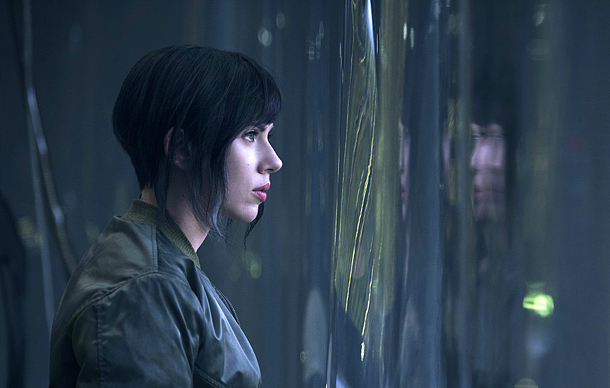 Set in the near future, Scarlett Johansson plays the role of The Major, a human who has survived a terrible accident. She is cyber-enhanced and becomes the leader of Section 9, a special force that fights crimes and terror. When she fights against a terrorist group, she learns about her past and her identity. She discovers that her life was actually stolen, not saved. She then begins to learn who did this to her and works to stop them from doing it to others.

The film is based on a popular Japanese manga with the same title by Masamune Shirow released in 1989. Scarlett Johansson is best known for her role as Black Widow in “The Avengers” (2012) and “Captain America: Civil War” (2016).

Creative director Richard Taylor from Weta Workshop, a special effects and prop company based in New Zealand - best known for producing the visual effects in the “Lord of the Rings”(2001-3) series - also participated in this movie.

Part of the “Death Note” series, this movie is about the deadly power of a mysterious notebook. When people abruptly start dying in the middle of Tokyo, and a virus message is sent from six hackers, people realize that the Death Notes are back. To stop the anonymous hacker from starting the killing again, Ryuzaki, an intellectual genius, played by Sosuke Ikematsu, and Misa Amane, the team leader of the special investigating team, played by Masahiro Higashide, start an investigation to track down the hacker who wants to possess the notebooks.

First released in 2003, the novel earned international recognition, selling a total of 30 million copies. The novel earned fame with the simple concept of Death Note - whomevers name is written on the note dies.

Jessica Chastain plays the role of a powerful and successful lobbyist in Washington D.C., Elizabeth Sloane. She is a perfectionist who acts based on reason, and who will stop at nothing to reach her goals. One day, when she turns down an offer to encourage women to carry weapons for their protection, she is approached by a rival firm, and offered a job by Peterson Watt. This firm is lobbying for universal background checks, and against everyone’s expectations, she does not sacrifice her beliefs and fights for what she believes in.

The 39-year-old actress was nominated for Best Actress at the 74th Golden Globes and was nominated at the 85th Academy Awards with the movie “Zero Dark Thirty” (2012). She is also known for the movie “Interstellar” (2014), which drew ten million viewers in Korea. 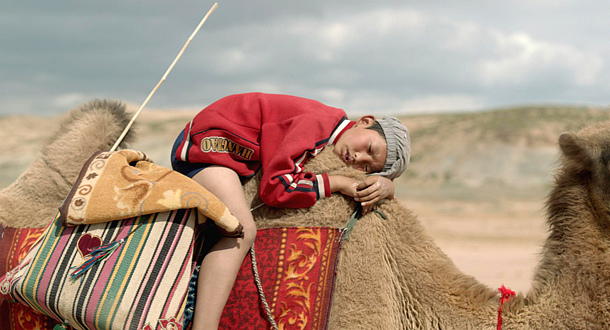 Masterfully shot in the vast fields in northwestern China in the province of Gansu, this movie is about two brothers Adikeer, played by Tang Long, and his older brother Bartel, played by Guo Songtao, brothers from the Buddhist Yugur ethnic minority. When their father does not pick them up for summer vacation, and their grandfather abruptly dies, the two brothers start a journey with their two camels across the vast dry fields of China to find their father and go back to their home.

On a boiling hot day in Tokyo, a husband and wife are found dead. The only evidence is the word “Rage” written in blood. A year later, three mysterious men appear out of nowhere, who have something to do with the murder. Yohei, played by Watanabe Ken, is a man who works at a harbor in the city of Chiba. Yohei’s daughter, Aiko, played by Miyazaki Aoi returns home after she ran away, but falls in love with a man who works at the port.

However, Yohei is skeptical about the man’s past. Yuma, played by Tsumabuki Satoshi is an average businessman who enjoys the club life in Tokyo. He meets Naoto, played by Ayono Go, and they start a romantic relationship. However, suspicion grows as Naoto never reveals anything about herself. Meanwhile in Okinawa, Izumi, played by Hirose Suzu, meets new friend Tanaka, played by Mirai Moriyama, on a backpacking trip. However, she grows suspicious of her new friend as no one knows anything about her identity. All three characters start to doubt their friend’s past and start to connect them to the murder in Tokyo.

This movie is based on the novel with the same title written by Shuichi Yoshida. Tsumabuki Satoshi won the 40th Japan Academy Prize for Best Supporting Actor.

Watanabe Ken, who plays the role of Yohei, the protective father who doubts his daughter’s new friend, is best known for his role in Christopher Nolan’s “Batman Begins” (2005), and “Inception” (2010). 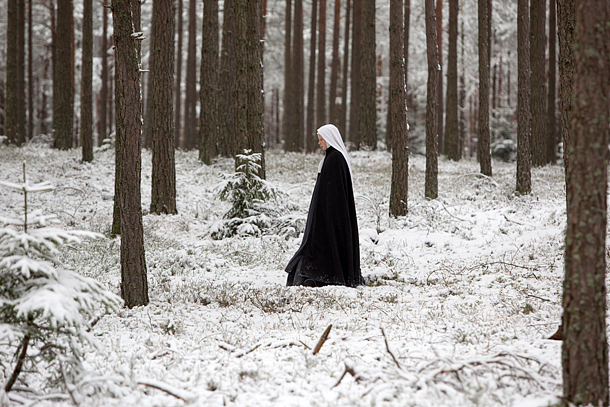 Latin for the word “God’s Lamb,” this movie is set in Poland in 1945, where a young French doctor Mathilde, played by Lou de Laage, works for the French Red Cross. One day, she notices that several nuns in the convent are pregnant because some Soviet soldiers raped them. She wants to help the nuns, but is forced to keep quiet about the issue. Despite the nun’s unwillingness to come forward, she decides to help the new born babies and the pregnant nuns.

The story was exposed to the world from Madeleine Pauliac (1912-46)’s notebooks, the real character of Mathilde, after 70 years. According to the diary, 25 nuns were raped. Philippe Maynial, who participated in the script of this movie, is the niece of Pauliac, and got inspiration from his aunt.

The movie made its premiere at the Sundance Film Festival in 2016, and was also nominated at the Cesar Awards for Best Film and Best Director. It was also rated 95 percent on the Tomatometer in the Rotten Tomatoes website. 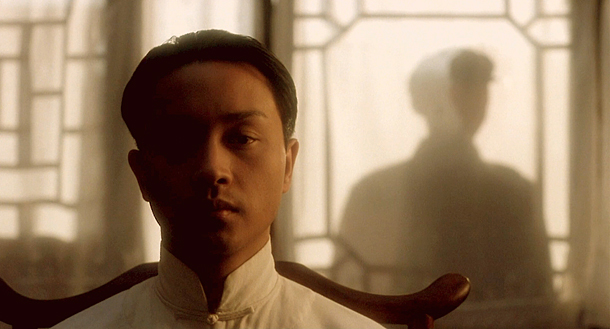 Originally released in 1993, the legendary Chinese actor Zhang Guorong (1956-2003) plays the role of a student at the Peking Opera school, Douzi. He and his friend Shitou, played by Zhang Fengyi, become the top performers at the opera school. Shitou falls in love with Juxian, played by Gong Li, and she comes between the two men. Douzi starts to deviate from this older ways and even start to take drugs. Meanwhile, Shitou’s love for Juxian grows.

The movie will be re-released on the day of Zhang Guorong’s death, to celebrate his 14th anniversary of his passing. This movie remains the only Chinese language film to win the Palme d’or, the highest prize at the 46th Cannes Film Festival in 1993. Actress Gong Li also starred in the movie “Temptress Moon”(1996), directed by the same director.

This movie was one of the major films from the Fifth Generation movement, which consisted of the graduates from the Beijing Film Academy in mid 1980s, which increased popularity of Chinese films abroad. Films from this movement are known to have deviated from orthodox ways. Chen Kaige, the director of this film, is rated as one of the central figures among the filmmakers from this era.

In 1993, he won the International Federation of Film Critics Award, and is known for the epic storytelling and the visual effects in his movies.

This movie is an adaptation from a novel with the same title by Lilian Lee, who is also one of the script writers for this film.