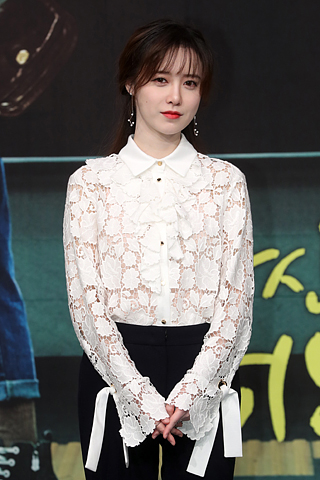 Actress Ku Hye-sun has unexpectedly dropped out of MBC’s weekend drama “You Are Too Much” due to health issues and will be replaced by Jang Hee-jin, the network and the stars’ agencies said Friday.

“Ku was recently rushed to the emergency room during filming, after showing symptoms of nausea and breathing problems,” YG Entertainment, Ku’s agency, said.

The actress was diagnosed with a severe case of anaphylaxis, a type of serious allergic reaction, and was recommended by her doctor to undergo long-term treatment.’

Ku was cast as Jung Hae-dang, an underground singer who supports her family by performing cover songs at a nightclub. The series debuted early this month and is just six episodes in.

“After consultations with the show’s production team and medical experts, we made the difficult decision to drop out considering the actress’ health priorities,” the agency said.

Ku debuted in 2002 in a television commercial and entered stardom through a number of hit shows, including MBC TV’s sitcom “Nonstop” and KBS 2TV’s romantic series “Boys Over Flowers.” She got married to actor Ahn Jae-hyun last May.

MBC also said she played a “central role in the show,” but the team agreed to her departure given her need to focus on recovering. The vacant role will be filled in by actress Jang Hee-jin.

“We started filming hurriedly from today. Jang made the difficult decision despite a great deal of pressure,” said a representative at Jang’s agency Lucky Company.

Jang will appear in “You Are Too Much” starting immediately in episode seven, which will be aired Saturday. Yonhap