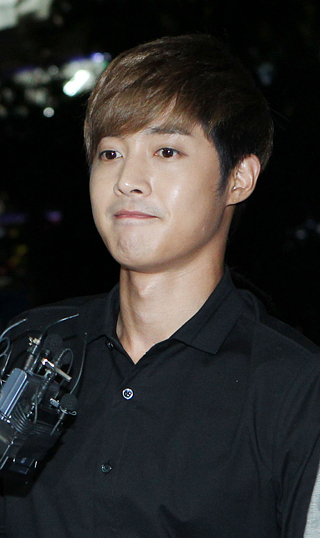 Variety entertainer Kim Hyun-joong, who completed his mandatory military service last month, was indicted for driving under the influence on Sunday, local authorities said in a statement released Friday.

The singer-turned-actor reportedly fell asleep in his car while waiting at a traffic signal.

Kim was charged without detention for driving under the influence at 1:55 a.m. near Bangi-dong in Songpa District, southern Seoul, the Seoul Songpa Police Station said. Kim was reported by a driver behind his car when he failed to move after the signal changed.

When police checked his blood alcohol level, it was 0.075 percent, higher than the legal limit of 0.05 percent. Kim’s driver’s license was suspended, and the singer voluntarily went to the police station five hours later to undergo an investigation.

“We finished the investigation, and Kim admitted to the charges,” the Seoul Songpa Police station said in a statement. “We will send the case to the public prosecutor’s office.”

“Kim did get his driver’s license suspended,” a source from KeyEast Entertainment, Kim’s agency, said. “He knows driving under the influence is a crime and is deeply regretting his actions at the moment. He will be cautious not to see a recurrence of this incident.”