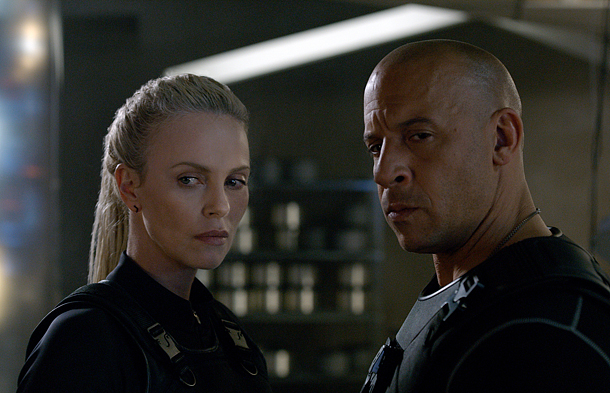 Released in 2001, the American action series “The Fast and the Furious” series is back again with its 8th installment. As Dominic Toretto’s (Vin Diesel) crew is off enjoying a break from their criminal activities, some members, such as Luke Hobbs, played by Dwayne Johnson, and Roman Pearce, played by Tyrese Gibson, find out that Dominic is working with criminal mastermind, Cipher, played by Charlize Theron. Shocked by the betrayal of their leader, Deckard Shaw, played by Jason Statham, once Dominic’s rival, teams up with his crew to take down Dominic and Cipher. A clash is inevitable with their new enemy. From the streets of Cuba to New York, the elite force will travel the world to track down the terrorist group.

A diary kept by Rose, played by Rooney Mara, keeps track of her extended stay in a mental hospital. She was hospitalized there for about 50 years after being charged with murdering her child. Dr. William Grene, played by Eric Bana, discovers her diary, and is fascinated by the stories she wrote over the course of several decades.

Despite her situation, Rose lives her life free from oppression. A lot of men are attracted to her for her outstanding beauty and she falls in love with Michael, played by Jack Reynor, but they are separated after the outbreak of World War II.

The character of Rose is played by two actresses: Vanessa Redgrave, who plays the older Rose, and Rooney Mara plays the role of young Rose. She was named Best Actress at the Cannes Film Festival in 2015 with the romance film “Carol”.

The film had its world premiere at the 2016 Toronto Film Festival. It is based on an Irish novel with the same title by author Sebastian Barry. 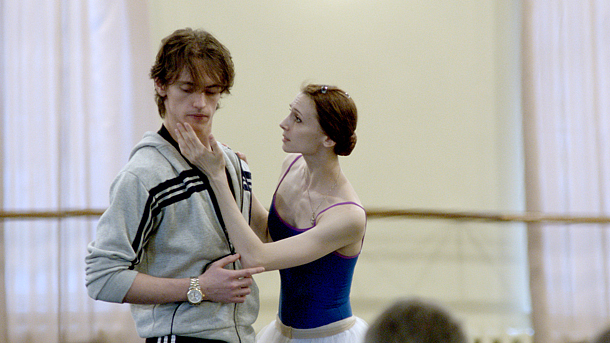 “The James Dean of the ballet world” and “Bad boy of ballet” are some of the nicknames given to 19-year-old Ukrainian dancer Sergei Polunin. He is praised for his incredible ballet talent, and became the youngest principal dancer ever at the British Royal Ballet. However, just when he is about to make it big, he starts to question his life and his commitment to dance. At the peak of his success at the age of 25, he walks away from fame, feeling burdened by his stardom.

This documentary by director Steven Cantor captures the ballet prodigy’s journey from his birth in Ukraine to some of his most incredible performances in England, Russia, and the U.S. His performance went viral after David LaChapelle, the famed American photographer, filmed him dancing to Hozier’s “Take Me to Church.”

This film was nominated for Best Documentary at the 2016 British Independent Film Awards. 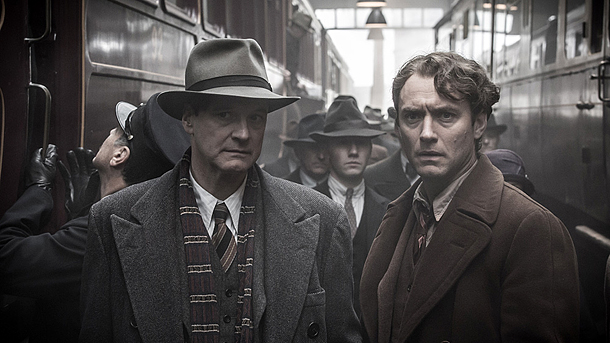 Set in New York City in 1929, Colin Firth, who plays talented book editor Max Perkins, discovers a manuscript by Thomas Wolfe, played by Jude Law, which has been rejected at every publication. Fascinated by his style of writing, Perkins offers to publish Wolfe’s work. Titled “Look Homeward, Angel,” the novel becomes a bestseller with the combination of Wolfe’s delicate sentiment and Perkins’s perfectionism. With great inspiration and passion following the novel’s success, Wolfe hands over another manuscript, which is 5,000 pages long.

Meanwhile, Wolfe’s lover Aline Bernstein, played by Nicole Kidman, is heartbroken when Wolfe is more preoccupied with writing his next novel than paying attention to her. Likewise, Perkins and Wolfe are not getting along as they used to after Wolfe becomes obsessed with his work. Wolfe is no longer thankful to Perkins, and starts to blame him for owing his success to him.

This film is based on the National Book Award winning “Max Perkins: Editor of Genius.” Perkins is remembered as the editor who discovered and nurtured American literary giants Ernest Hemingway and F. Scott Fitzgerald.

The Passion of the Christ (15)

Released in 2004, this American biblical epic drama film directed by Mel Gibson portrays the last 12 hours of the life of Jesus of Nazareth. Jim Caviezel, who plays the role of Jesus, is at the Garden of Olives - the place he prays after the Last Supper, where he resists temptations from Satan. Betrayed by Judas, he is taken by the leaders of the Pharisees who accuse him of blasphemy. He is forced to carry the cross through the streets to Golgotha where Roman soldiers crucify him.

As he hangs on the cross, Jesus prays to God to forgive the people who did this to him. Upon his death, a tear drop falls from the sky which causes an earthquake which destroys the Holy Temple and rips the cloth covering the Holy of Holies, an inner sanctuary where God dwelt. In the end, the healed body of Jesus rises from the dead.

This film received three nominations at the 77th Academy Awards.

Both an actor and a film director, Mel Gibson has directed the war film “Hacksaw Ridge,”(2016), with which he was nominated at the 74th Golden Globe Awards for Best Director.

House of the Disappeared (15)

After serving 25 years in prison for the murder of her husband and kids, Kang Mi-hee, played by Korean-American actress Kim Yun-jin, returns home to search for the real killer. The only person she can trust is Priest Choi, played by Taec-yeon of K-pop boy group 2PM, who is convinced that there might be someone else lurking in Kang’s house. Both suspect it was that person who killed her husband and kids, and the two embark on a search for the truth.

Kim is best known for playing Sun in the American TV series “Lost” and Young-ja in the 2014 hit film “Ode to my Father.”

Jang Jae-hyun, who directed the 2015 supernatural thriller “The Priest,” wrote the script for this movie. 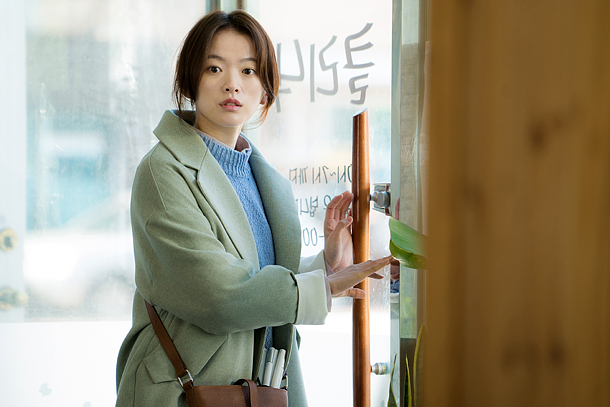 Kim Nam-gil plays a lonely insurance investigator, Kang-soo, who is in a hopeless state after losing his wife. One day, he meets a woman in a coma, Mi-so, played by Chun Woo-hee, whose body has been in a comatose state since she was seriously injured in a car accident. Kang-soo soon discovers that the woman he sees is not Mi-so but her spirit. As the ghost watches her still body lying on the hospital bed, she asks Kang-soo, the only one who can see her, for one favor.

Chun was nominated for best supporting actress last year at the Blue Dragon Awards for her role in the 2016 film “The Wailing” and won the Best New Actress award for film at the 2015 Baeksang Arts Awards for the 2013 movie “Han Gong-ju.”

Six astronauts onboard the International Space Station discover a sample from Mars that could prove the existence of life on the red planet. But when the creature starts to grow and move, surviving by feeding off other organisms, it becomes a dangerous threat to everyone in the spaceship. Soon, it’s a race against time as the crew tries to get rid of the monstrous creature before it finds its way to Earth.

Jake Gyllenhaal plays the role of Dr. David Jordan, a quiet and pensive senior medial officer, and Rebecca Ferguson plays the role of Miranda North, a quarantine officer. The Swedish actress is best known for her work in “Mission: Impossible - Rogue Nation” (2015) and “The Girl on the Train” (2017).

Paul Wernick, the Canadian producer who wrote the screenplay for the 2016 superhero film “Deadpool,” was a co-writer of “Life.”