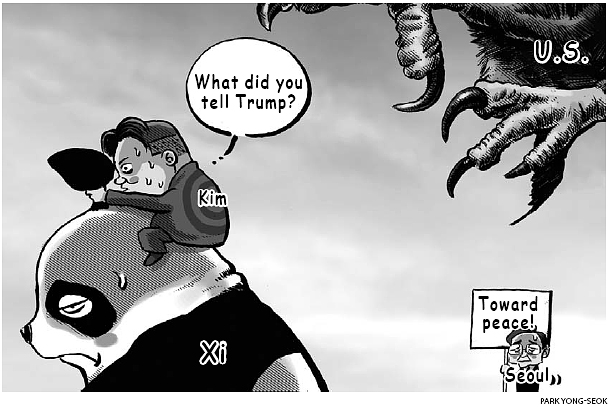 Amid speculation that the U.S. could take preemptive military action against North Korea, its leader Kim Jong-un must wonder what Chinese President Xi Jinping discussed with U.S. President Donald Trump at a summit in Florida. In the meantime, Seoul announced Monday that it really wants peace with Pyongyang.