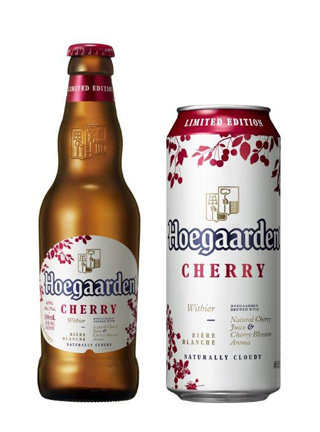 Cherry blossoms will bloom to their fullest this week and retailers are competitively adapting this spring symbol to their seasonal products. The strategy is particularly popular this year among food and beverage companies, as more people are enjoying outdoor activities amid warmer weather.

Starbucks is leading the cherry blossom marketing efforts. The company released seasonal beverages and bottles related to cherry blossoms as early as 2013 and has continued to do so every spring.

This year, the beverage company unveiled 26 mugs, bottles and plates, colored in bright pink or purple with a design that recalls cherry blossoms. Three seasonal “cherry blossom” beverages were added to the menu, including a Cherry Blossom Latte with cherry blossom powder that’s topped with strawberry whipped cream. Among desserts, pink macarons and a cream cake decorated with meringue and shaped as cherry blossom flowers were presented this year. The products will be sold through Monday. 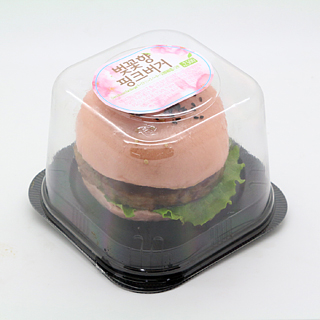 GS25 jumped on the bandwagon with a Cherry Blossom Pink Burger in March. [GS25]

The convenience store also released the Yours Cherry Blossom Sparkling soda alongside the burger. This drink is the first in Korea to use cherry blossom extract as its base. Although the company’s initial plan was to manufacture the product as a limited edition in 300,000 cans, sales hit that level in just two weeks of release, prompting GS25 to produce even more. The sales record so far is 500,000 cans.

“We were coming up with ideas to develop a product that would fit well with cherry blossom festivals that open around this time of year,” said Kim Do-kyung, merchandiser for beverages at GS25. “We eventually landed on the question: Why not make a drink actually made out of cherry blossoms?”

Cherry blossoms have sprouted on beer cans too, as manufacturers intend to attract picnickers in the warmer climate. Oriental Brewery released a cherry-flavored version of the Belgian beer brand Hoegaarden. Decorated with cherry blossom prints on the label, this seasonal product was mixed with cherry syrup to add a fruity touch to the original flavor.

Lotte Asahi brought Japanese beer brand Asahi’s spring edition Clear Asahi Cherry Blossom Festival to Korea in March. Flavors of orange, lime and lemon were added to evoke spring in its taste. The variation had been selling in Japan since 2008 but entered the Korean market for the first time this year.

Domestic sales of Kirin Inchiban’s Cherry Blossom Special Edition started simultaneously in Japan in late March. Although the spring version is not particularly different, the can is colored in pink with cherry blossom petals. This is the second time Ichiban’s cherry blossom edition has been released.