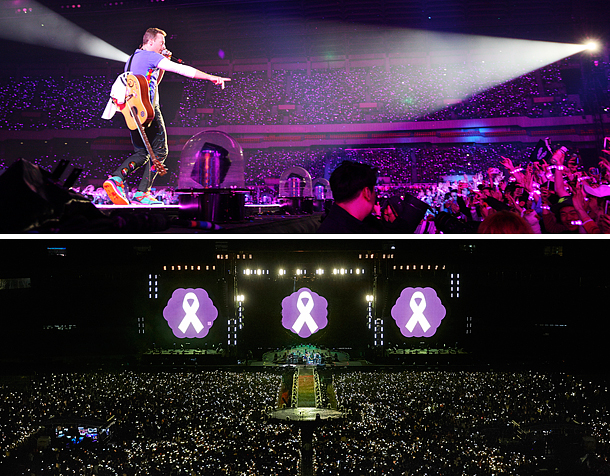 British rock band Coldplay paid tribute to the victims of the Sewol ferry tragedy, South Korea’s worst maritime disaster to date, during a recent Seoul concert, according to the concert organizer Monday.

In its Sunday concert at Jamsil Stadium in Seoul, the band paused during the middle of performing “Yellow,” and frontman Chris Martin said, “We want to stop this show right now because of this song and because of the Sewol ferry [tragedy],” a Facebook video from Hyundai Card, which invited Coldplay to Seoul, showed.

Martin added, “We just want to take a moment with all of you to send some love and remembrance.” He asked the audience to pay silent tribute for 10 seconds.