Diamond in the rough

Diamond in the rough 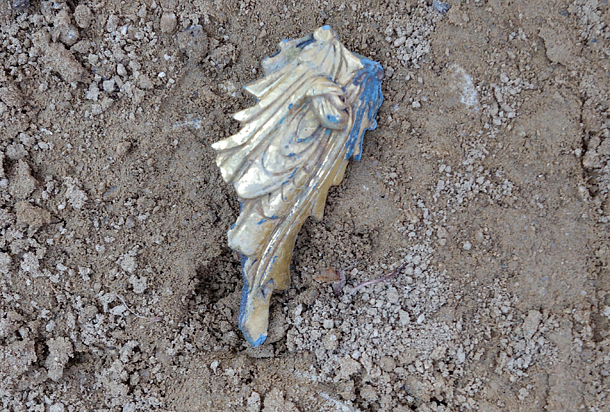 A gilt-bronze statue of a bodhisattva was unearthed in Buyeo, South Chungcheong, last month. Officials of the Baekje Culture Foundation said the statue appears to have been made in the mid-6th century in Korea’s Baekje Kingdom (18 B.C. - A.D. 660). The mid-section remains with the head and other parts missing, but it’s clear that the bodhisattva’s two hands are together in front of the chest. [YONHAP]