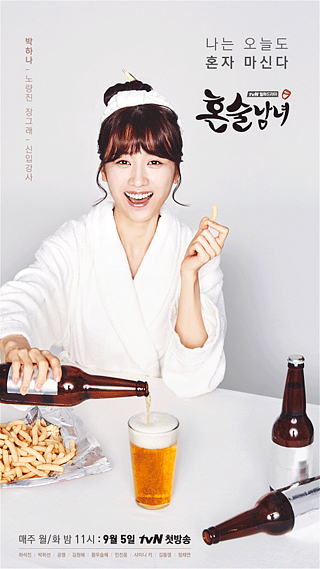 CJ E&M has found itself involved in another controversy. This time it is regarding the suicide of the assistant director of tvN’s drama “Drinking Solo,” Lee Han-bit, and the media conglomerates’ attempts to cover up the cause of death.

The producer committed suicide on October 26, but the incident has been brought up again as the brother of Lee, Lee Han-sol, uploaded a lengthy post on Facebook yesterday titled “The way CJ E&M handles the death of its employees.” In the post, the brother of the deceased said “My brother was the subject of disadvantages in personnel affairs, excessive insults and an excessive workload. An employee from CJ E&M also came to our house before the news of my brother’s passing and argued for an hour that my brother was insincere at work.”

Infuriated by CJ E&M’s handling of the issue, a committee of 17 civil associations created to find the truth behind the assistant director’s death held a press conference yesterday and detailed their demands - a heartfelt apology and measures to prevent these things from happening again.

However, CJ E&M stood by their word, stating “There was no bullying and no infringement of human rights. All he showed was a neglect of duty by being tardy multiple times.”