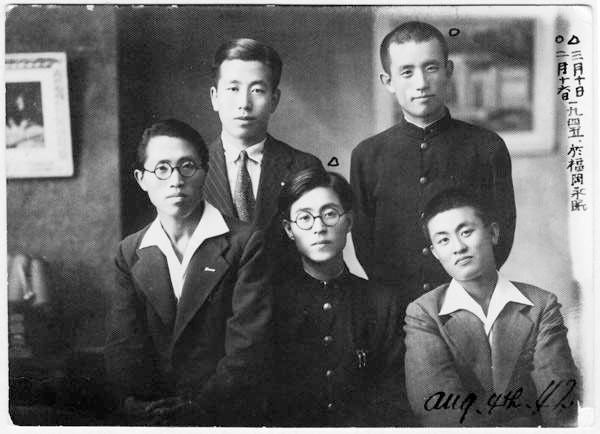 Understanding what life was like 100 years ago requires quite a lot of research and some imagination.

But if we are talking about the lives of those who expressed their feelings and thoughts through poems and novels, the research could get a tad easier.

Every year, the Daesan Foundation - set up by Kyobo to promote and develop culture, the arts and literature - honors the life and work of literary figures by celebrating the 100th anniversary of their birth through an academic symposium and other cultural activities. Kyobo’s businesses include insurance, securities and bookstores.

The “Literary Symposium Commemorating Writers’ Centennial Anniversary” has been held every year since 2001.

This year they chose six literary figures born in 1917 with a focus on those who wrote about self-reflection, hopes for unification and women’s issues, among others.

“Writers who were born in 1917 had to live a turbulent period in modern history that included Japanese colonization, liberation, division and modernization,” Kwak Hyo-hwan, executive director of the foundation, told reporters on Thursday. “Despite the turbulence, and even violence, the writers created their paths and moved forward. The paths became the new way for Korean literature.”

Organizers say in the past, discrimination and exclusion dominated the Korean literary world, but the annual event hopes to emphasize qualities like harmony, instead.

With that in mind, organizers selected Choi Seok-du, who was apparently pro-North, and Yi Gi-hyeong, who represents the South - particularly independence activists, as he worked for the famous independence fighter Yeo Un-hyeong (1886-1947).

While some critics categorize Choi’s works as that of North Korean literature, organizers say North Korean literature should also be considered Korea’s and openly studied and discussed. With that said, they also said it’s notable how Yi continued to write about hopes for unification even when many literary figures abandoned that theme.

Organizers also said Son is another figure that is underrated. She is better known as the second wife of Kim Tong-ni (1913-95) but she actually wrote 100 short stories and 11 novels during her 40-year career. At the symposium, participants will discuss how the frequent use of madness and suicide in her work should be seen as the language of the resistance of women.

As Yun is a beloved poet, whose popularity increased after a recent film, there will be several discussions about him at the symposium. Three scholars will present their take on Yun’s work as well as what he means to contemporary Koreans. The symposium will take place on April 27. A “literary night” will be held the following day where music and dance performances will take place. In September, there will be an art exhibition and in November a trip to Japan will be organized - both of the events will be Yun-themed.

For more information, contact the Daesan Foundation at 02-715-5417 or www.daesan.or.kr.