Taking to the streets to celebrate the arts : Upcoming festivals celebrate expression and diversity of music

Taking to the streets to celebrate the arts : Upcoming festivals celebrate expression and diversity of music 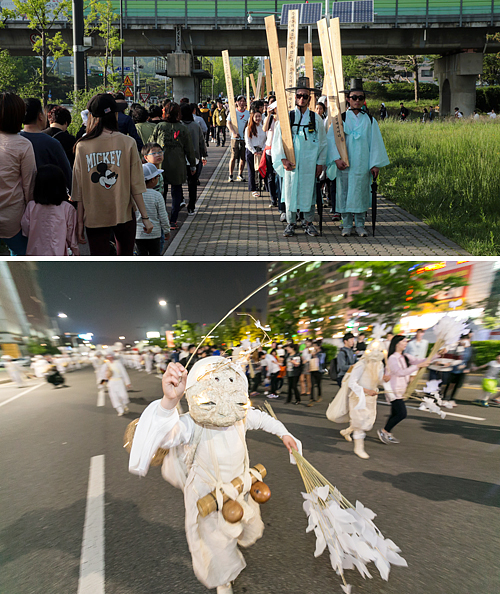 When the weather gets warmer and spring is in full bloom, people head outside to spend time under the sun and check out performances that often take place indoors.

This year’s Ansan Street Arts Festival in Gyeonggi, which runs for three days starting on May 5, is focusing again on performances and activities that honor the victims of the Sewol tragedy, a majority of which were from Danwon High School in the city. Meanwhile, the Uijeongbu Music Theater Festival, also in Gyeonggi, will be a bit more festive, drawing more than 40 performing arts groups from six countries for a 10-day event that starts on May 12.

Ever since the Sewol tragedy three years ago, Ansan has been a city in mourning. Right after the tragic accident, the people of Ansan paused their outdoor activities, abstaining from anything joyful. The festival that was supposed to begin just a few days later was cancelled. The festival resumed a year later, but it took on a different tone. Since then, the Ansan Street Arts Festival has been expressing condolences to the families of the victims through music, theater and performance, requesting that its citizens join in and express their emotions through the performing arts. Three years have passed and the festival is still largely about Sewol, but has evolved slightly each year - it now positions itself as a participatory festival.

“When there was no choice but to scrap the festival three years ago, artists agonized over the Ansan Street Arts Festival even existing - whether it should continue or if the people of Ansan really needed such a festival,” said Yoon Jong-yeoun, artistic director of the festival. “But the artists realized that we should voice our thoughts, and how we feel about the Sewol tragedy, together with the citizens of Ansan as people slowly forget about the tragedy.”

That is why at this year’s festival there are less large-scale performances from foreign groups and more by Korean artists. There are also workshops where citizens and artists can create together, to express their emotions through art.

Creative Group Noni’s multi-genre work titled “An-nyong 2017” has been selected as the opening performance. The group invites the general public to join in as they take a walk through the city, dancing and performing.

“This year, many of the 76 street art performances that will take place over the three days include walking together, suggesting that people are not alone on this journey, and that no one is left behind.”

“Camino de Ansan” is another performance that will take citizens on a walk through the streets, stopping at performances being held in different parts of the city.

“Certainly a large-scale performance from an international troupe would draw a large audience, but we believe that a true street arts festival has to create a point of contact with the general public,” Yoon added. 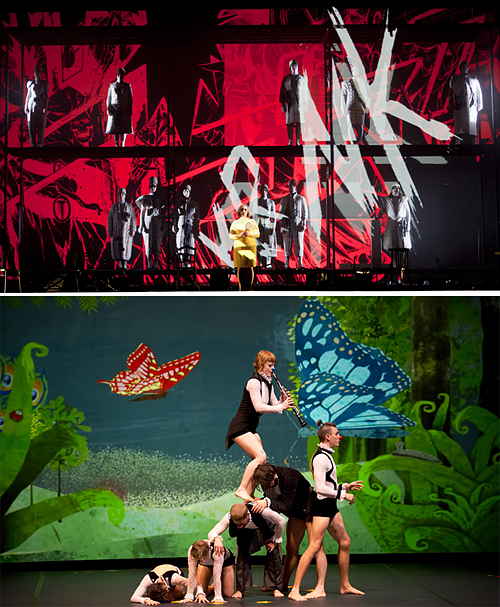 This year’s Uijeongbu Music Theater Festival includes an array of foreign productions including a new opera “War Sum Up,” top, a joint production from Denmark and Latvia, and an art circus “Carnival of the Animals,” from Australia. [GUNARS JANAITIS, JUSTIN NICOLAS]

In Uijeongbu, located some 20 kilometers north of Seoul, the Uijeongbu Music Theater Festival will be held for its sixteenth year. This year, about 60 concerts, musicals, exhibitions and participatory activities have been organized, attempting to demonstrate the diverse ways that music is used in all performing arts.

Every night of the festival, musical theater performances will be put on for free at the outdoor stage of the Uijeongbu Arts Center, including Namwon National Gukgak Center’s “Pansori Dance Theater: Where are You Going Rabbit?” and fusion group Coreyah’s “Let’s Play Wholeheartedly.”

One of the most anticipated works is “War Sum Up,” a joint production from Denmark and Latvia. It is dubbed as “new opera,” which fuses classical music with cutting-edge technologies, Asian and western cultures, as well as other music genres including electronic and chamber pop. The performance will be performed twice on May 15 at 3 and 7:30 p.m.

“For this year’s festival, we came up with a program that talks about joy, and our hopes and dreams,” said Lee Hun, director of the festival. “There will be a lot of participatory performances where people can learn to express themselves through arts.”

Information about the Ansan Street Arts Festival is available at www.ansanfest.com. For more information on the Uijeongbu Music Theater Festival, visit www.umtf.or.kr.