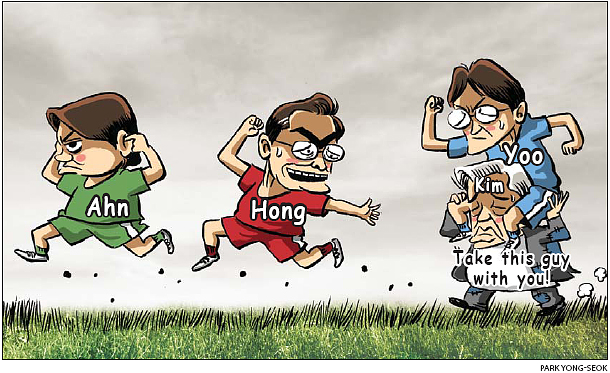 As the gap in the polls between front-runner Moon Jae-in of the Democratic Party and runner-up Ahn Cheol-soo of the People’s Party grows after Sunday’s presidential debate, senior Bareun Party member Kim Moo-sung urges his party’s candidate, Yoo Seong-min, to merge his candidacy with Hong Joon-pyo of the Liberty Korea Party. While Hong likes the idea of fielding a single candidate in a joint fight against Moon, Ahn and Yoo are sticking to running on their own.