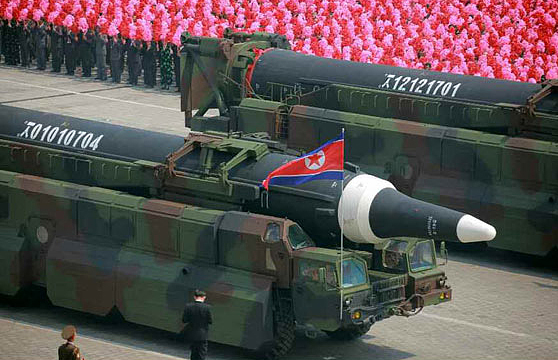 Let’s turn back the North Korean nuclear clock to 2002. In October, North Korea revealed the highly-enriched uranium (HEU) plan and kicked off the second nuclear crisis. This was when the U.S. neo-cons championing unilateralism were gaining influence in the Bush administration. President Bush was bracing for the Iraq War. In Korea, the Kim Dae-jung administration was about to end. The security issue of war and peace was a key issue in the upcoming elections.

China was also in a transitional period. Jiang Zemin handed the post of Communist Party general secretary to Hu Jintao in November, but as the head of the party’s military commission, he was still pulling the strings.

As summit diplomacy among concerned nations began, Bush chose Jiang as his first summit partner. They met at his Crawford Ranch in Texas and agreed on denuclearization of the Korean Peninsula. The principles were confirmed at the Korea-U.S.-Japan summit the next day.

The Crawford meeting was the beginning of a new approach to North Korean affairs by the United States and China. Bush maintained the principle that the nuclear crisis was not a bilateral issue between Washington and Pyongyang, but a multilateral one. This was based on the Geneva Agreement, a bilateral deal that ended the first nuclear crisis in 1993-94. China became involved in the North Korean nuclear issue and was no longer a bystander. This is how the six-party talks began in 2013.

The six-party talks failed in the end. Washington and Beijing had different strategic interests and shifted the blame onto each other. In the meantime, North Korea became a virtual nuclear state. It continues to conduct nuclear tests and missile launches to make nuclear weapons smaller, more diverse and more accurate. The first nuclear crisis was about plutonium extraction, and the second was about the plutonium and its HEU program.

Now, we are faced with a full-scale crisis. There is analysis that North Korea could have 100 nuclear warheads by the year 2024. We cannot rule out the possibility of North Korea using nuclear weapons as a “conventional” weapon rather than as a deterrent.

Lately, China’s role is once again highlighted. The Trump administration pressured China to resolve the North Korean issue. China’s role is key to the Trump administration’s North Korea policy. The North’s ICBM development is a pressing concern for Trump. A Chinese official news agency commented that China’s military intervention was unnecessary, even if the United States makes a preemptive strike on the North’s nuclear facilities.

It is unclear whether this was rhetoric meant to deter North Korea and sooth the United States or indicate a new policy direction. The inconvenient truth is that China has prioritized geopolitical interests over the denuclearization of North Korea. The moment of truth is coming when we will see whether China views a nuclear-armed North Korea as a strategic value or liability.