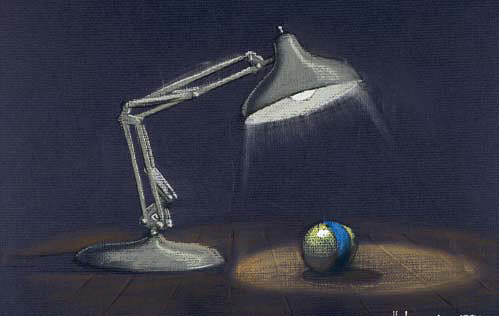 The opening sequence of “Luxo Jr.” (1986), using pastel on paper, is one of the 500 pieces of art on display at the Pixar exhibition at Dongdaemun Design Plaza (DDP) in central Seoul. [PIXAR ANIMATION STUDIOS]

“Inside Out” (2015), “Up” (2009) and the “Toy Story” trilogy are just a few of the films that Pixar Animation Studios is most known for. Though many people are aware of Pixar’s final products, not many have the opportunity to see the artwork that is created during the creation of each film.

To share the original artwork that was developed in the process of creating the globally successful animated films, Pixar has held an exhibition tour since 2005. The first exhibition was held at the Museum of Modern Art in New York. 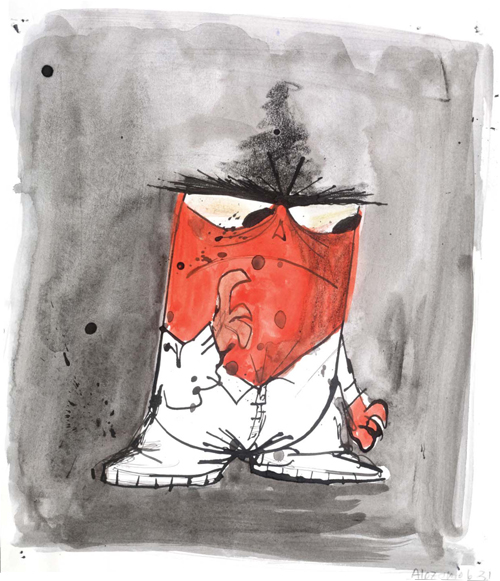 This year, Pixar has come to Korea (its second visit since 2008) to hold an exhibition at the Dongdaemun Design Plaza (DDP) in central Seoul.

Though this year’s exhibit featuring 500 works is smaller than the 650 displayed in the past, the collection has been updated with new Pixar pieces.

“The goal of our exhibition is to share with visitors the artwork that has inspired our films and to celebrate that, despite the films being technically complex to create, they all begin with simple tasks including pen, pencil and paper,” said Maren Jones, Pixar’s exhibitions program senior manager, during the press event held a day ahead of the exhibition’s opening on Friday. The show will be available until Aug. 8.

Thanks to Pixar’s solid fan base, 60,000 tickets were pre-sold ahead of the exhibition, which is an unprecedented record in Korea, according to Hong Seong-il, the CEO of GNC Media, which is co-hosting the exhibition with Pixar and the Seoul Design Foundation. 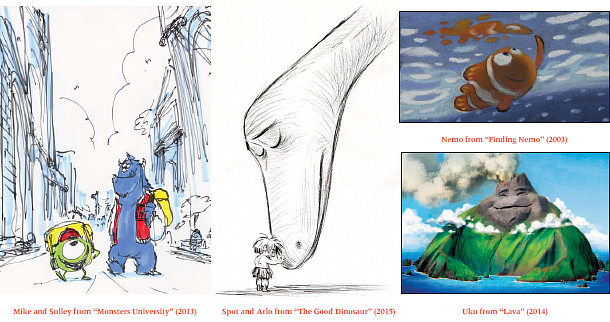 Even with 500 pieces on display, visitors will only be getting a small glimpse into the Pixar Archive, which is made up of 2 million pieces of art.

The works include hand-drawn pencil sketches, paintings and clay sculptures that depict characters, stories and the worlds of Pixar’s movies from their earliest shorts to the most recent “The Good Dinosaur” (2016). Visitors can see how the stories grow naturally by looking at each step of the creation process from the formation of characters, motion, texture and shading, as well as original storyboards and color scripts, a series of paintings illustrating the layout, emotion, color and mood of each film.

Though Pixar is known worldwide for its cutting edge technology and computer graphics, the pieces displayed show that the studio’s artists still rely on traditional methods like drawing by hand.

“Artists are free to choose whatever medium they are most comfortable using. Sometimes that’s working directly onto the computer and making digital paintings, sometimes it’s using pastels or paints or markers or pencils,” Jones explained.

The most immersive part of the exhibit, though, is Artscape, a widescreen digital projection that was created exclusively for the tour. Artscape invites viewers to experience the original artwork from each of the films in the context of a digital installation with soundscapes and rich visuals.

The studio specially designed a Zoetrope, a pre-film animation device that generates the illusion of continuous motion by rapidly rotating a sequence of still images inside a cylinder, for the tour.

Though there are 18 separate figurines of each character inside the cylinder, they all seem to converge into a single moving character once the Zoetrope starts rotating.

The Toy Story Zoetrope was inspired by the three-dimensional Totoro Zoetrope at the Ghibli Museum in Tokyo.

“It doesn’t convey the CG animation process, but it’s a nod to an animation in general. We thought the Zoetrope is a playful installation that conveys that,” said Jones.